When it comes to picking plants, variety matters.

One big advantage veteran gardeners have over beginners is that they research and seek out the absolute best plant choices (varieties or “cultivars”), while rookies tend to buy whatever they find, figuring that a rose is a rose is a rose.

The truth is that all roses aren’t created equal – and neither is any other plant… right down to the specific type of grass blades in your lawn.

Genetic variances can make the difference between plants that thrive and ones that croak.

Investing the time to zero in on the best plant varieties is one of the best ways to achieve a healthier, better-performing garden – not to mention reducing your dead-plant budget.

The first real-life snapshot of that for me was some 30 years ago when I was touring the defunct Walnut Acres Organic Farm in Snyder County.

Walnut Acres’ famed founder and organic-farming pioneer Paul Keene was showing me a field that was planted in 12 rows of beans – each row a different bean variety.

Eleven of the rows were healthy and producing abundant quantities of beans, but the 12th row was decimated by bean beetles.

The variety in that row had a peculiar taste, scent, or other genetic variable that made it irresistible to beetles, allowing the row to serve as a “sacrificial planting” that resulted in no-spray beans in the other 11.

I remember thinking that whatever bean was in Row 12, woe to the gardener who unwittingly bought it.

My second snapshot was when I first visited Penn State University’s flower trials, then located at main campus just down Park Avenue from Beaver Stadium.

This football-field-sized garden was planted with block after block of annual flowers … petunias, geraniums, marigolds, verbenas, zinnias, and so on.

Each block had nine to 12 plants of a different variety of each species, all planted side by side and treated equally.

Even the blackest of thumbs could quickly see, for example, that Petunia A was blooming like crazy while Petunia B beside it was scraggly and Petunia C beside that was dead.

The only difference was the variety.

Since then, I’ve seen this gardening truism in thousands of home and public gardens, including my own.

So how can you tell the superior stuff from the also-rans?

Let’s start with some not-so-good ways.

One is by relying on the glowing descriptions in most seed and plant catalogs. Rundowns written by copy writers are geared to sell, not to give a balanced assessment of each plant’s pros and cons.

Plant descriptions on growers’ and plant-sellers’ websites also seldom mention detriments and hardly ever refer to better varieties that someone else might be growing or selling.

Online reviews and recommendations by bloggers are a mixed bag.

Some are honest and legitimate, such as the Plant Files section of the Dave’s Garden website, which boasts the world’s largest plant database, fueled by more than 60,000 home gardeners.

Others, however, are funded, encouraged, or posted by people affiliated with sellers.

That’s not to say that anything that comes from a seller is useless.

Recommendations from an experienced, knowledgeable garden-center staffer, for example, can be very helpful. The problem is there aren’t as many of those around anymore now that barebones-staffed box stores have eaten into so much of the plant market.

Some of the more discerning growers as well as plant buyers at old-school garden centers are also a big help in doing the homework to at least screen out the weakest.

Decades-old, locally-owned independents such as Ashcombe Farm and Greenhouses in Monroe Twp. and Highland Gardens in Lower Allen Twp. tend to carry superior varieties, while five of our region’s best growers have banded together to come up with a list of Handpicked for You varieties that really are some of the best trees, shrubs, and perennials for Pennsylvania gardens.

David Wilson, a Lower Paxton Twp. horticulturist who’s marketing director for Overdevest Nurseries (one of the Handpicked for You growers), also has developed a slew of in-depth, plant-by-plant videos that cover the good, the bad, and everything between.

Awards programs are another mixed bag. While most of them come from independent and unbiased evaluations (plant societies, public gardens, garden clubs, etc.), some are sponsored by or affiliated with those who sell the award-winning plants.

Again, that doesn’t mean those plants are undeserving. But it does mean you might want to weigh your reliance after factoring in who’s doing the awarding.

One of the oldest nationwide plant-award programs is the All-America Selections program, which each year names AAS-winning vegetables and flowers based on detailed evaluations from trial gardens across the U.S. Judges are mostly university personnel.

Another good regional one is the Gold Medal Plants program of the Pennsylvania Horticultural Society, the group that runs the Philadelphia Flower Show.

This one focuses on superior trees, shrubs, evergreens, and perennials that deserve more use in mid-Atlantic gardens. It’s fueled by a volunteer committee of plant experts, including public-garden staff, plant-hunters, growers, garden-center owners, designers, and garden writers, including yours truly.

New plants come out every year, but that also is no guarantee that a plant will be superior.

Some newcomers really do live up to their “best ever” or “break-through” claims, but others are just slight variations on existing varieties or not as good as tried-and-true favorites.

This one is particularly difficult to determine since the real proof comes only after gardeners have grown a new variety – sometimes for years.

It took decades, for example, for the once-heralded ‘Bradford’ pear tree to show that it’s an invasive seeder and prone to cracking apart as it ages.

Our annual January series of best new plants is at least a homework starter that lays out what local garden center staff, growers, authors, and horticulturists believe to be the best new introductions of the year.

In the vegetable garden, a good way to assess the annual barrage of new introductions is to grow two varieties of each crop – one your current favorite and one a promising newcomer.

Over time, your trialing should lead to better and better gardens.

New plants or old, one of the best ways to gravitate toward superior plants is by picking the brains of veteran gardens.

Penn State Extension’s cadre of trained Master Gardeners (and the programs they run) is one invaluable resource.

Plant-savvy friends or neighbors often have good plant recommendations, and I’ve compiled a 19-page list of my all-time favorite specific varieties in a detailed Survivor Plants of Pennsylvania booklet that’s available as a $5.95 download on my website.

For best vegetable varieties, I’ve also posted a free plant-by-plant list based on the recommendations of Cornell Extension and my own variety experiences over 40 years of home veggie-growing.

Last but not least are several plant-trialing programs that compare varieties side-by-side.

The aforementioned Penn State Trial Garden is one of the nation’s biggest and most respected evaluators of annual flowers along with some edibles and a growing lineup of perennials.

In non-pandemic times, you can see the trials yourself for free at Penn State’s Southeast Agricultural Research and Extension Center in Lancaster County, or you can check variety-by-variety, year-by-year ratings on the Trial Garden website.

An excellent resource for zeroing in on best perennials and a few shrubs is the series of trial reports done by the Chicago Botanic Garden.

And detailed, unbiased reports on a growing number of native perennials are posted by the Mt. Cuba Center public garden in Delaware.

Now’s a good time to do your homework.

The 2021 seeds are out, and plants will be showing up in local garden centers in less than two months.

Thu Feb 4 , 2021
The Yankees didn’t just move their Double-A affiliation from Trenton to Somerset. They secured a franchise bent on keeping them there. Introducing Yankees Insider: Get exclusive news, behind-the-scenes observations and the ability to text message directly with beat writers On Wednesday, the Somerset Patriots said in a press release that […] 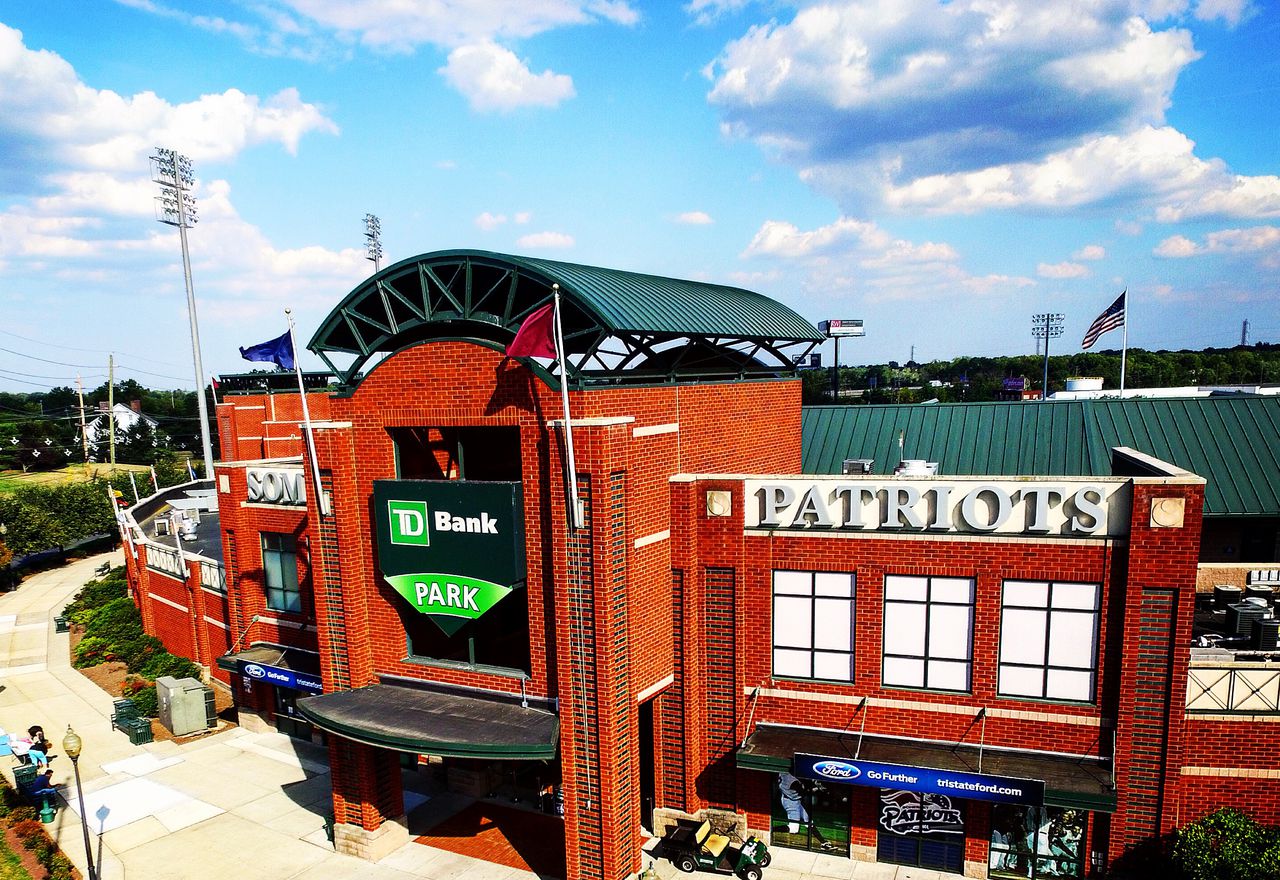