Captain Sir Tom Moore, the British World War II veteran who captured hearts around the world as he raised nearly $45 million for health workers by walking around his garden, has died at 100 after testing positive for the coronavirus, according to an announcement on his Twitter account.

His family announced Moore’s death Tuesday, noting only that his death occurred in 2021.

“The last year of our father’s life was nothing short of remarkable. He was rejuvenated and experienced things he’d only ever dreamed of,” Moore’s family said in a statement. “Whilst he’d been in so many hearts for just a short time, he was an incredible father and grandfather, and he will stay alive in our hearts forever.’’

Captain Tom became an international symbol of hope in April when he pledged to walk 100 laps around his garden before his 100th birthday to raise money for the “heroes” at Britain’s National Health Service.

For three weeks in April, his family shared videos of him pushing his walker around the garden each day much to the delight of his online fanbase. Moore’s positive attitude during the beginning of the pandemic was an inspiration to many.

“Please always remember, tomorrow will be a good day,” Moore said in an interview during his walk, his trademark phrase.

He initially set out to raise about $1,250 for NHS Charities Together, which helps charities raise money for United Kingdom hospitals and supports NHS staff and volunteers caring for COVID-19 patients. He aimed to walk 10 laps each day with the help of a walking frame.

He reached his initial goal within about 24 hours, according to a post on his fundraising page April 10. A few days later, Moore had raised more than $1.25 million.

Moore has since raised more than $40 million in donations from around the world. For his efforts he was knighted by Queen Elizabeth II, appointed the first honorary colonel of the Army Foundation College Harrogate, made an honorary member of the England cricket team and given a custom WWE title.

Fans of the beloved centenarian, including the queen and current and former prime ministers of the United Kingdom, are sharing their condolences online. Queen Elizabeth II sent a private message of condolences to Moore family, according to a tweet from the royal family’s account.

“Captain Sir Tom Moore was a hero in the truest sense of the word,” Johnson said in a video statement. “He became not just a national inspiration but a beacon of hope for the world.

“Captain Sir Tom Moore has been an inspiration – lighting up what has been such a dark year for so many,” Cameron said. “My thoughts and prayers are with his family and friends, and with all those who have so sadly lost a loved one due to this terrible virus.”

Across the pond, the White House joined those honoring Moore’s memory saying on Twitter.he “inspired millions through his life and his actions.”

From April:99-year-old army vet raises $16M for Britain’s NHS by doing laps around his garden

Moore was being treated for pneumonia for several weeks before he contracted COVID-19, his daughter Hannah Ingram-Moore said in a statement Sunday on Twitter. Moore was admitted to the hospital after having trouble breathing, his daughter said.

Moore was born in Keighley, Yorkshire, where he trained as a civil engineer before enlisting in the army at the beginning of World War II. He later served in India and Indonesia.

He told the BBC that he began raising money to thank the NHS staff who helped him with cancer treatment and a broken hip.

“When you think of who it is all for – all those brave and super doctors and nurses we have got,” he told the outlet. “I think they deserve every penny, and I hope we get some more for them, too.”

The money has been used to support staff, volunteers and patients with comfortable places for breaks, food and drink and provides electronic tablets so people can stay in contact with loved ones, according to Beth Gaudin, a spokeswoman for NHS Charities Together. The funding will also go toward services such as hospices, community health care, social care, counseling support and post-hospital needs, Gaudin said.

Ellie Orton, the chief executive of NHS Charities Together, called Moore “a true inspiration” in a past statement to USA TODAY.

Eagles’ Jalen Hurts donates $30,000 to a family that has a child battling cancer for a new home

Thu Feb 4 , 2021
Eagles quarterback Jalen Hurts has had a busy rookie season. Hurts, who was drafted in the second round of the 2020 draft, started the final four games of the season. Get a free bet for the Super Bowl As a new customer, you can get free bets on the Super […] 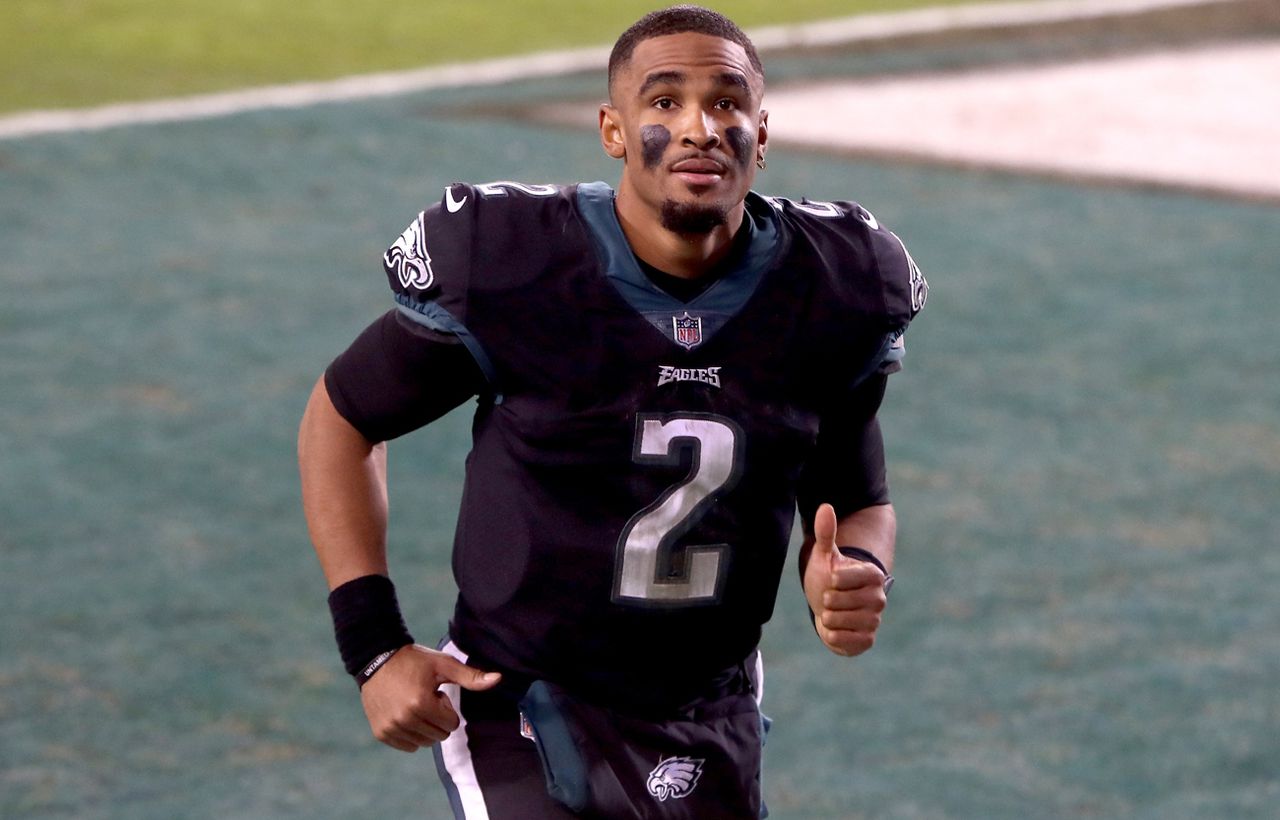