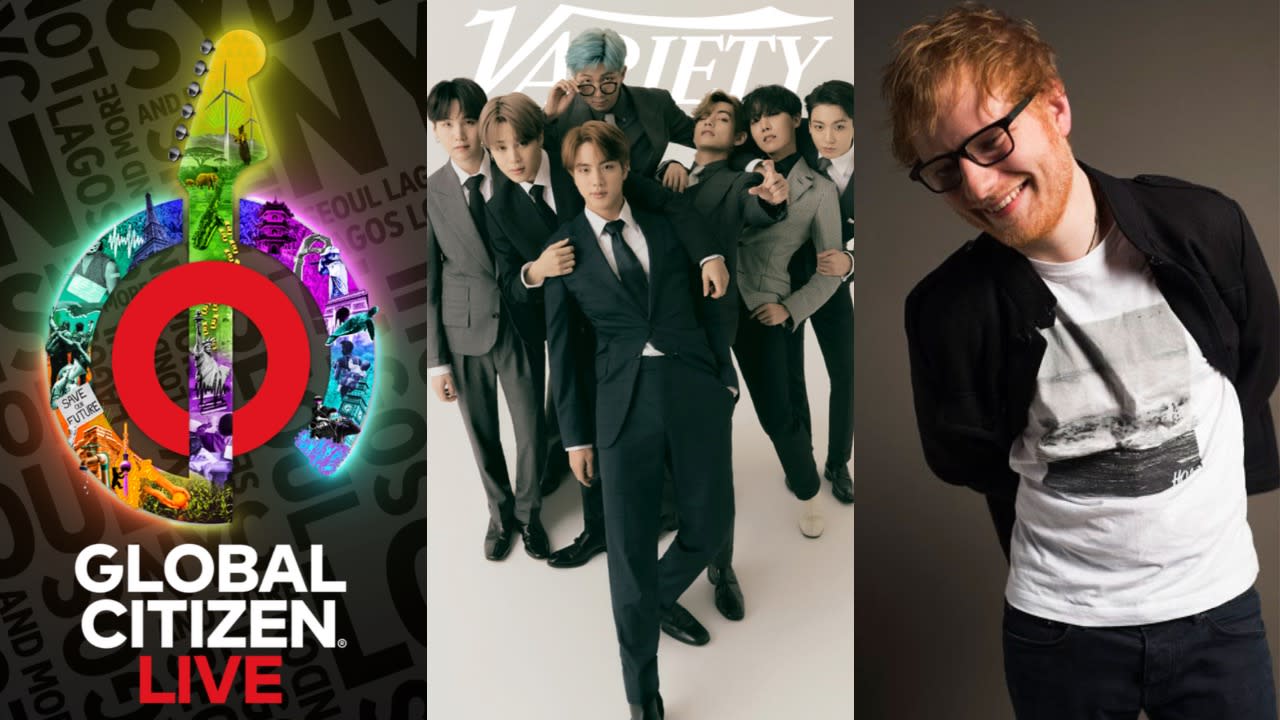 
Heralding an event that Global Citizen CEO Hugh Evans calls “the one” — i.e., the biggest thing they’ve done to date — the philanthropic organization has announced plans for “Global Citizen Live,” a 24-hour special Sept. 26 that will be broadcast live from six continents and feature performances from BTS, Ed Sheeran, the Weeknd, Lorde, Metallica, Doja Cat, Billie Eilish, Lizzo and dozens of other artists.

Global Citizen says the broadcast/webcast will truly be mostly live throughout most of those 24 hours, with musicians or speakers on six continents in front of audiences everywhere from New York’s Central Park to the Champ de Mars in Paris to… yes, as you might have guessed from the top of the lineup, Seoul.

Further artists will be added in a second wave of announcements on Aug. 6, when additional news about the many settings for these shows will also be revealed.

“There’s going to be live audiences all around the world,” Evans tells Variety. “So we will have a full 60,000 audience in Central Park. We will have a full audience in front of the Eiffel Tower in Paris. This is not like what we did last year; this is live-live. This is the whole world, literally and physically tens or hundreds of thousands of people coming together for this moment. This is the biggest thing we’ve ever done by far.”

Global Citizen has several goals in mind for the epic, day-long show, including raising consciousness and soliciting big-donor funds in support of combating poverty, climate change and international vaccine inequity, causes that Evans sees as deeply interrelated, not distinct.

As for where the day of programming can be seen, Evans says, “The broadcast is incredibly complicated, and we’re going to release specific details on August 3, but I can tell you that there will be a 24-hour live broadcast feed that goes all around the world (where) we’re literally following the sun. … The BBC have committed to the same coverage they gave Live Aid back in the day — six hours live on BBC1, which is extraordinary. And then ABC and Disney has come on board as our partner here in North America, and they’re going to be covering it across all their platforms, including network television, cable, Hulu and ABC News Live. Then iHeartRadio is our official audio partner across North America; they’re going to cover it the entire day on Saturday, which is something they’ve never done before with Global Citizen.”

The distinction in how much of the show is live is significant, given how synonymous Global Citizen became with shows that were largely pre-taped in the performers’ living rooms in 2020, like the Lady Gaga-co-curated “One World: Together at Home,” even though the org first became famous to music fans for putting on enormous all-star shows in Central Park and other worldwide locations. The org’s most recent show, “Vax Live,” was filmed in front of a live audience at the beginning of May at L.A.’s new SoFi Stadium, but that was with just a half-dozen performers for a two-hour TV slot.

Evans says some locations for “Global Citizen Live” may not have a live audience, since it would be hypocritical for an organization that’s so pro-vax to put anyone in a precarious position in areas where outbreaks are rampant. But “it’s much more live than pre-taped,” he assures. “There will still be some markets, due to COVID restrictions, where we need to make sure that either if it is live, it won’t have an audience, or if it’s pre-taped, it’s done with full compliance. Because the most important part of our mission is vaccine equity, getting the vaccine to those so that everyone can recover together. But where we can safely bring audiences together, we will do so en masse.”

Many of the artists being announced haven’t taken part in previous Global Citizen specials, including one that will cause an instant stir among an Army. “BTS literally will inspire an entire region — and the world,” Evans says. “They’re not just one of the world’s greatest K-pop acts, they’re one of the world’s greatest artists, period. And I think their career has shown that they have such an incredibly epic reach that inspires people to participate. So the fact that they’re going to be so involved in Global Citizen Live in such a big way is incredible.” He also expresses delight at having fresh conscripts like Sheeran, the Weeknd and Doja Cat join previous supporters like Coldplay and Mendes.

“Ultimately, this feels like something that we’ve been spending the last 10 years as an organization gearing up for,” Evans says. “Because I think you have one opportunity to try to bring the whole world together as one, and this September is our generation’s moment to do just that. Because the needs are urgent. We’ve got 150 million people pushed into extreme poverty due to the pandemic, just based on current World Bank estimates. We’ve got 41 million people who are now on the brink of starvation on the horn of Africa. And while we saw a temporary blip in carbon emissions during the pandemic, we now know that only a quarter of the world’s Fortune 500 companies have even committed to science-based targets to achieve net zero, which is insane given that Secretary (John) Kerry rightly calls this our last best hope this October to achieve a major climate negotiation. So we see September as this once-in-a-generation opportunity to defend the planet and to defeat poverty. And that’s why we’re going more ambitious than we’ve ever gone before, to really encourage citizens around the world to unite as one on the pressing issues facing humanity.”

Global Citizen doesn’t solicit donations from regular citizens during its events, but does reach out to corporations, world leaders and privileged business leaders. Evans points to billionaires who are in the news right now as not necessarily setting the best example, or at least a broad example, of what to do with their mad money.

“We’ve got 20 world leaders who’ve already committed to step up as part of the campaign, everyone from House speaker Nancy Pelosi through to the president of France, Emmanuel Macron. But we also need the private sector and the Fortune 500, and we urgently need the ultra-high-net-worth individuals.

“When you see billionaires flying into space this week, I think it’s starkly contrasted against this urgent need when you’ve got 41 million people on the brink of starvation right now. And I don’t want to stifle anyone’s ambition, because I think that ambition of going into space is brilliant. I just would love that same degree of ambition to be applied to the challenges that we currently face and the needless suffering that currently exists. As Mandela said, ending extreme poverty is our generation’s greatest challenge. And so it’d be wonderful to see those same billionaires who are giving their heart and soul and financial resources to fly into space to elevate the opportunities that exist on planet earth as well.”

Evans can cite a practical or symbolic reason why most of the cities on “Global Citizen Live’s” routing map have been chosen. It’ll be UN General Assembly week in New York as tens of thousands come to Central Park, and he says the event is timed to call on that body ahead of the G20 summit and UN Climate Change Conference (aka COP26), both getting underway at the end of October. Paris represents the home, of course, of the Paris Climate Change Accord, with potential action to come in October. “Equally, we’ve got Lagos because we knew it was important as an organization to send support to the incredible leadership we’ve seen across the African continent. This isn’t a story about a continent in poverty. It’s a story of Africa rising, and we want to tell that story.”

He says they’re not pivoting away from the emphasis on vaccine equity over the past year now that Global Citizen is also using the event to, say, publicize its goal of having a trillion trees planted to help undo the damage of climate change.

“The simplest way to think about it is that if the world is going to stand a fighting chance of ending extreme poverty and addressing climate change, we first need to end the pandemic,” Evans says. “And that’s why we made our commitment to advocate strongly to try to get a billion doses of COVID-19 vaccine available to the world’s poorest nations through COVAX in 2021. And if you read the fine print of what most world leaders have committed to, they’re often trying to delay their distribution till 2022…

“It’s really only three things we need. We need to protect the forest and make sure 1 trillion trees are planted and protected. We need to make sure that there’s a fund set up — a $100 billion financing fund — so that those nations who commit not to pollute in the future have the ability to subsidize alternative economic growth. And then finally we need the Fortune 500 companies to actually commit to science-based targets, and only a quarter have done so. The good thing about all these things is they’re highly, highly tangible, and we can hold people accountable for delivering on them. So as we advocate into September, yes, we absolutely still need the one billion doses committed and delivered this year. Not next; it has to happen this year. And as a result of that, we can get the world back on track to address these two critical issues.”

Said the Weeknd in a statement announcing his participation: “It is very important to me to be a part of this historic event to spread awareness and encourage action toward helping the people of Ethiopia during this devastating humanitarian crisis they are faced with. It’ll be an honor to perform and help bring support to these citizens who are suffering so severely.” 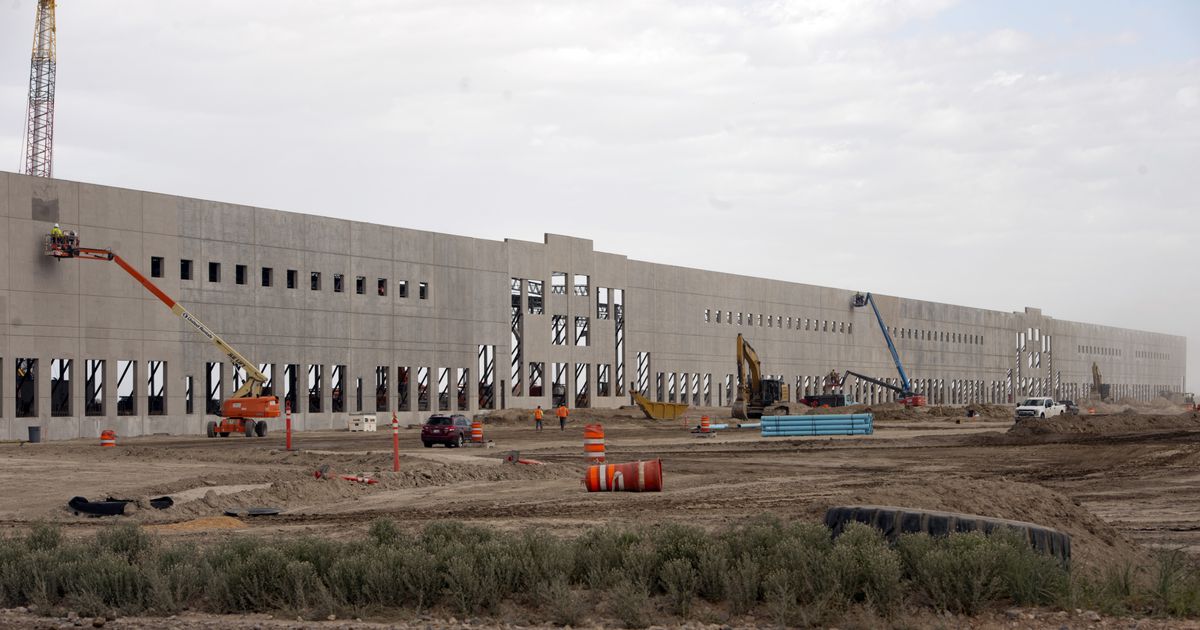