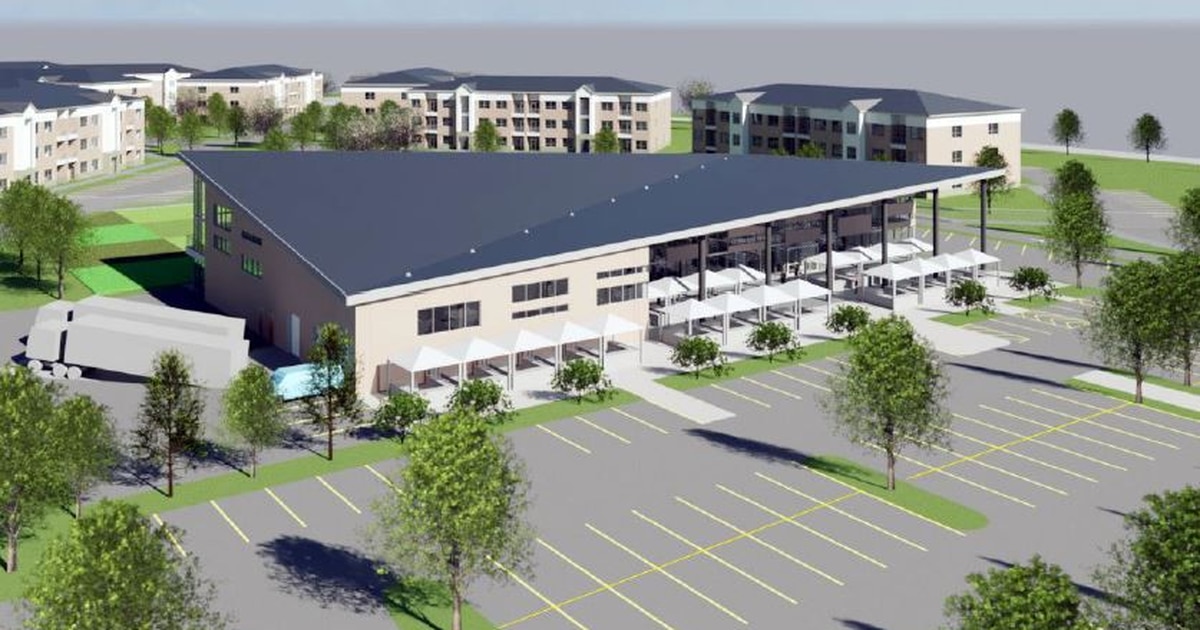 
However, some Dayton Plan Board members say they have significant concerns about some aspects of the project, especially when it comes to the housing.

All phases of the project must go before the plan board for final site design and building review approval.

Homefull is dedicated to ending homelessness, and the organization has re-focused on combating poverty, a root cause of the problem, officials say.

Food insecurity and a lack of livable wages and safe and decent housing are major challenges that contribute to poverty and housing instability, officials say.

Homefull, which owns and operates the Family Living Center at 829 S. Gettysburg Ave., wants to build new housing and a market on adjacent property. CONTRIBUTED

Homefull proposes constructing a building that contains an 11,000-square-foot indoor market and a 3,300-square-foot food hub used for distribution, according to conceptual plans submitted to the city of Dayton.

The new building and related construction work could cost more than $7 million. 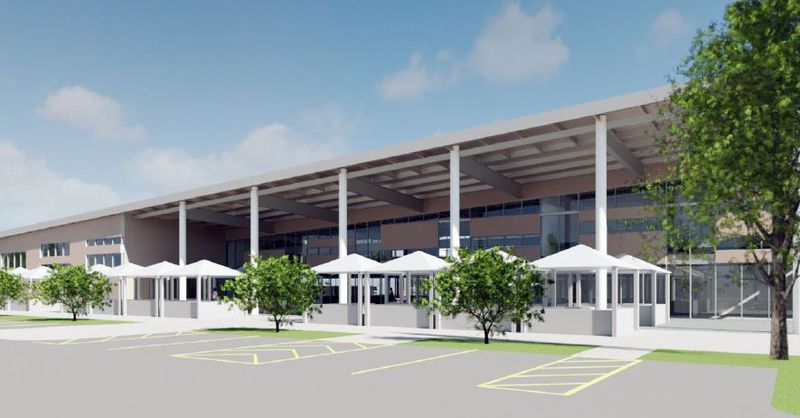 Homefull is in negotiations with a major health care provider to operate its clinic, said CEO Patterson, and the Gem City Market has assisted with developing a business plan.

The Gem City Market, which opened for business in mid-May in northwest Dayton, has about 8,000 square feet of retail space. 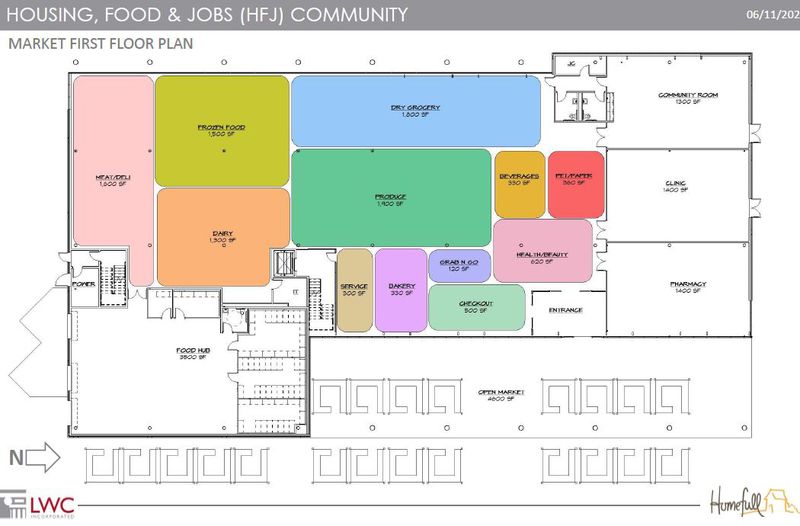 The nonprofit plans to move its offices into the second floor of the retail structure.

The market will be open to the entire community, and local entrepreneurs will have opportunities to be vendors, Patterson said.

It will be “very similar to 2nd Street Market, but much more inclusive to the West Dayton environment and culture,” she said.

About 100 new jobs could come to the site between the offices, grocery store, clinic, food hub and pharmacy, Patterson said. 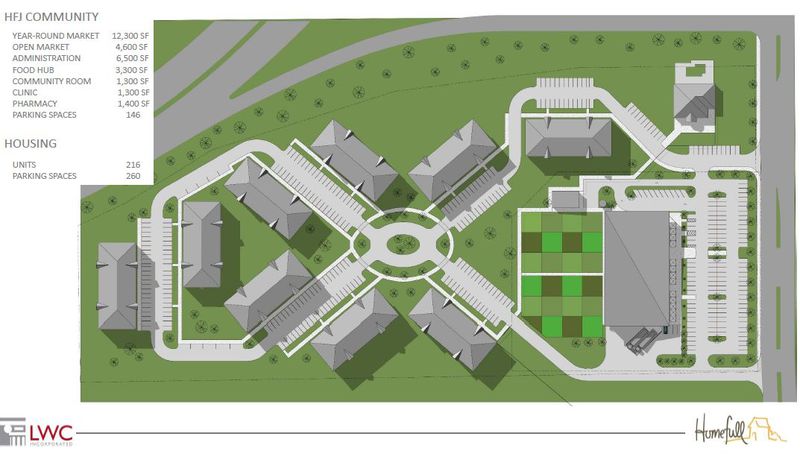 A first phase of the project would redevelop about four acres of the vacant school site, and Homefull wants to redevelop the remaining 12 acres into multifamily housing.

Homefull is looking at completing a market study to determine what kind of housing is most needed at this location, Patterson said.

The nonprofit is in the final stages of selecting a master developer to help design the housing and figure out the right number of new units, she said.

Many details remain up in the air — like the type, look and scale of the housing, Patterson said, and it’s unclear whether the units would be affordable or market-rate.

“Nothing’s locked in,” she said. 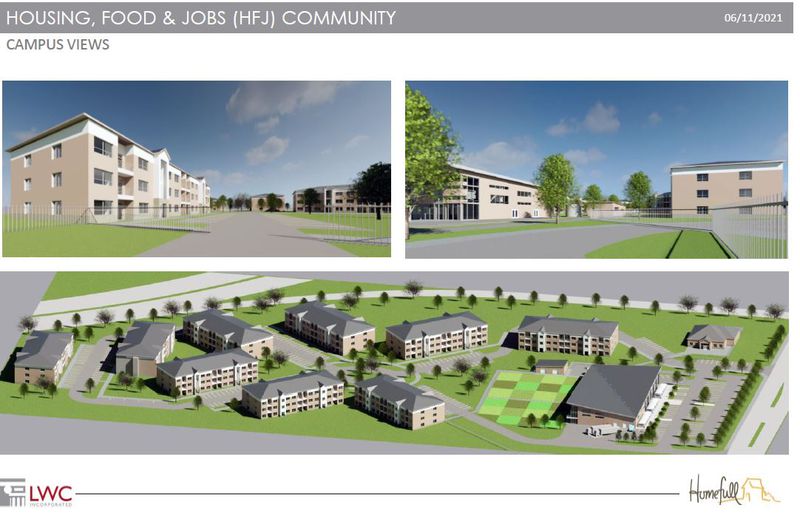 The apartment complex could have a clubhouse building, a swimming pool and security gates, according to information submitted to the city.

The Dayton Plan Board earlier this week unanimously approved the land uses proposed in Homefull’s general development plan for the former school site.

But Homefull’s plans will face additional scrutiny from the board.

Plan board member Jeff Payne said he is worried about an oversaturation of affordable housing in West Dayton.

He said homeownership is important, and market-rate units also are needed in that part of the city.

He said some low-income housing tax credit projects have been disasters. 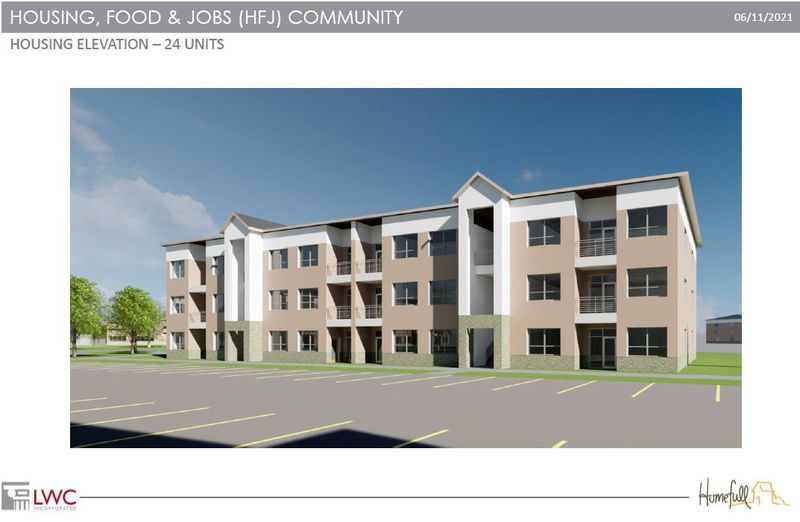 Board member Matt Sauer said he wants to see pedestrian connections that link the market to the neighborhood and Homefull’s other adjacent housing to the south.

Homefull owns and operates the Family Living Center, which has 34 units of permanent supportive housing for families with disabilities who were previously homeless.

Homefull, with the help of tax credits, spent about $6.8 million renovating units, which welcomed their first families in mid-2019.

Sauer said he has concerns about the new residential buildings being gated off, and he thinks the amount of parking is excessive.

Ken Marcellus, who lives in the Lakeview neighborhood, said Homefull and other agencies in West Dayton deserve praise for the important services they provide.

But Marcellus said he too has concerns about the types of projects that move forward in West Dayton. He said he also thinks it would send the wrong message to the neighborhood to gate off the new housing. 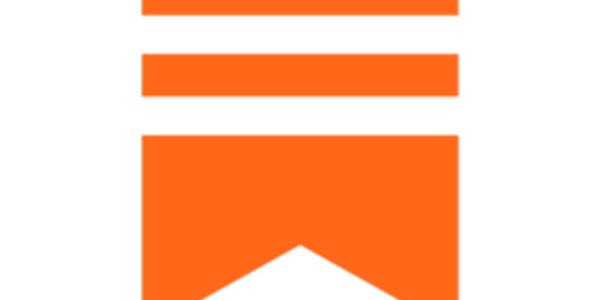