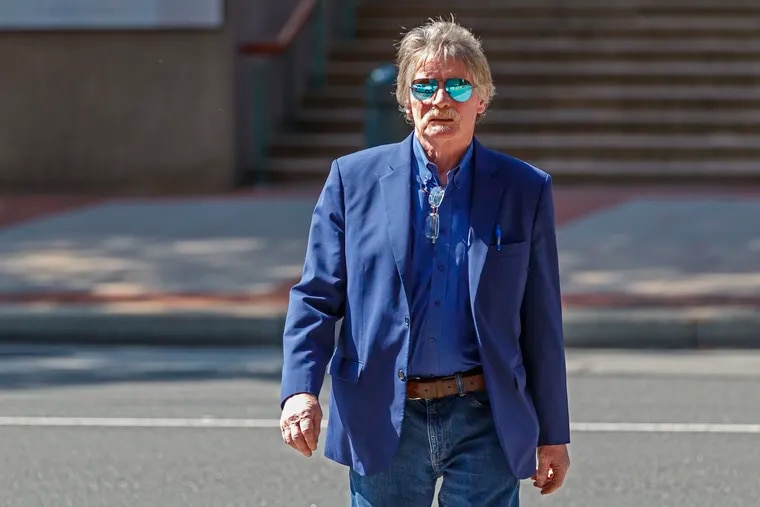 
Amid the thunderous pounding of punch presses and other factory equipment, employees of white, Pakistani, Hispanic and Vietnamese descent stamped out and assembled HVAC equipment at the Lloyd Industries plant in Montgomeryville. Among them in late October 2015 were three Black workers.

Two would soon be laid off and the third had his hours slashed so he quit, leaving no Black workers at the 65-employee plant by early November 2015.

A lawyer later said the company had “whitewashed” the plant of Black employees.

Ronald Watson, who earned $23,800 a year, was one of the laid-off Black workers. And he sued Lloyd Industries for racial discrimination, saying in the litigation that he wasn’t the lowest man on the seniority list. He could do other jobs in the plant and should have been protected by union rules from the layoff. When Watson asked the new plant manager why the manager was choosing him, the plant manager responded: “Because I can.”

A Philadelphia federal jury found in Watson’s favor in 2018, awarding him an astonishing $850,000 in compensatory and punitive damages after two hours of deliberations in a rare case of a workplace racial discrimination case that made its way to a jury.

The nearly all-white jury’s verdict was the fourth-largest labor and employment jury verdict in Pennsylvania, and among the 100 largest in the nation, in 2018, according to topverdict.com. U.S. District Judge Michael M. Baylson later cut the punitive damages by $250,000 after deciding the jury verdict was excessive. He declined to grant Lloyd Industries a new trial.

The company appealed to the Third Circuit Court of Appeals and lost. This year, the Supreme Court declined to hear the case. The verdict’s money is set to change hands this summer.

Lloyd Industries was “in denial that they had done anything wrong,” said Watson’s Philadelphia lawyer, Samuel Dion, who says that they offered to settle the case with Lloyd for less than $50,000. The company turned down the offer.

Lloyd Industries tried “to make Watson look like a bad guy while he came off like a good guy,” Dion said. The company claimed that Watson was a slow worker and that he drank at lunch. Watson, 61, denied drinking on the job and there was no evidence that he did. He declined to speak for this article.

William “Billy” Lloyd, the company owner, said on Tuesday that “there was no evidence of racial discrimination.” Although he said he currently has no Black employees at his Montgomeryville plant, he employs Black workers at his Florida plant, including the foreman. Lloyd said that Black workers don’t apply for jobs at his suburban Pennsylvania plant. Lloyd also said he believes his defense lawyer did a poor job.

Stacy Hawkins, professor at Rutgers Law School, said most workplace racial discrimination cases don’t make it to verdict because they are resolved on pretrial motions or settled by defendants so they don’t expose themselves to big jury verdicts. “Plaintiffs often lose every step of the way,” she said.

Absent an admission of discrimination by the defendant, plaintiffs mostly present circumstantial evidence in these cases and many times the cases turn on issues of credibility. Plaintiffs often lack hard evidence to convince judges or juries of their claims, Hawkins said.

“The defendant pressed his luck against an unfortunate set of facts,” she said.

Lloyd, who launched his business out of a garage at his mother’s home in Huntingdon Valley in the 1980s, manufactures smoke and fire dampers for ducts in big buildings. Dampers inside ducts protect buildings against spreading smoke or fire with louvers that snap shut.

Besides this court fight, Lloyd has also been at war with the Occupational Safety and Health Administration (OSHA) over his workers’ safety. The agency had inspected or fined Lloyd Industries in 2000, 2002, 2005, and 2008, as well as in 2014, generating more than 7,000 pages of documents, The Inquirer reported. They show that Lloyd failed to comply with safety precautions that he agreed to in settlements with OSHA, such as testing for factory noise and installing guards on machines, even as amputations and related injuries became a growing concern.

The OSHA complaints came to a head in April 2019 when a federal jury found that Lloyd retaliated against two employees when he fired them in 2014 and 2015 for cooperating with OSHA inspectors. OSHA was investigating an accident that caused one worker to have parts of three fingers “crunched off” by a steel-bending press. The worker, Josh Elbode, 21, said the press was malfunctioning at the time.

U.S. District Judge Mitchell S. Goldberg ordered Lloyd to pay the former workers $1,047,399 in back wages and punitive damages. Lloyd appealed and the parties settled for $500,000 last March, according to a settlement agreement between the government and Lloyd. As part of the settlement, Lloyd continued to deny the allegations in the suit.

One of the fired employees was plant manager Santo “Dino” Sanna.

Thomas Prendergast replaced Sanna as the plant manager in June 2015 and laid off Watson five months later. Prendergast told the jury that Watson was “absolutely not” treated differently from other workers. “We didn’t have much work coming in, so there was really no work to do. So it was he was the lowest man on seniority so he was let go,” Prendergast said.

Watson belonged to the Sheet Metal Workers Local 19, and filed a grievance over his dismissal. His Local 19 union rep agreed that Watson had the lowest seniority in an email to the plant manager. But a document produced at the trial showed that there were four others with less seniority than Watson.

Watson told the court he never drank at work and didn’t visit bars at lunch. He ate lunch in his car.

Zanetta Ruffian, Watson’s 40-year partner and a nurse at the University of Pennsylvania Health System, told the jury that Watson drank only socially.

On the afternoon of Oct. 29, 2015, Prendergast gave Watson a form for new medical insurance. “I felt great,” Watson said. “I felt like, ‘you know, life was well worth living at that point. I was happy.’”

But as he clocked out about 4:30 pm, Prendergast called him into his office and told him he was laying him off. “I said for what?” Watson testified. “He said because I can. And he just looked at me over them glasses in a sarcastic, nasty way.”

Watson said he went to see Lloyd who told him to “take the layoff, all right? And the way Bill said it, it was very offensive. And he got in my face. So I just left.”

Ruffian said that Watson liked his job. “He was sad,” Ruffian said of the abrupt layoff. “He was depressed. It was difficult for us financially because … we just bought the house, and we had to adjust to a lot of things to compensate for the lose of income.”

Watson collected unemployment and looked for employment. He has found another factory job in the industry where he feels appreciated. “It’s great,” he told the court at trial. “My boss love[s] me. He knows my skill. He knows my potential.”