How Innsbruck sold bells to the world

Its Grassmayr Foundry is not only the pride of Austria, but of cathedrals, synagogues, mosques and shrines the world over.

Every late Friday afternoon, in a dimly lit workshop at the intersection of Leopoldstrasse and Olympiastrasse in Innsbruck, Austria, a small group of artisans gather to conduct a rather peculiar ceremony. Bowed solemnly in prayer and lead by a plainclothes vicar, they murmur the Lord’s Prayer in hushed tones. Below them, half concealed in shadowy light, embers fizz from a 6m-deep pit, while the sermon reaches its climax.

But this is no place of utmost sanctity with pews or altar. Instead, the craftsmen are blessing a row of proudly polished bells embellished with Swahili script, Greek scrolls and Arabic curlicues.

It may seem strange, but for these obsessive bell makers, the Grassmayr Foundry is a shrine; their bells revered objects. Cast at 1,150C over dried spruce then steamed for between 24 hours to three weeks, many bells will make the short journey from the western Austrian state of Tyrol to Germany, Italy and Montenegro, while others are bound for temples, pagodas, monasteries and mosques as far as Myanmar, Tanzania and Australia.

Bells made in Innsbruck are bound for temples, monasteries and mosques all over the world (Credit: Mike MacEacheran)

You may also be interested in:
–  The clock that changed the meaning of time
–  The town that split the world in two
–  The island that forever changed science

At the centre of this curious benediction is Peter Grassmayr, the amiable 51-year-old foundry co-owner whose family has cast bronze and copper in the city’s south side since 1599. “Each bell has a story and a history, and if you’re not born into this idea you can’t understand it,” Grassmayr said, running a hand along the smooth curve of a bell at least twice his height. “Each one is a living thing with a different personality and sound that need to marry together.”

Stepping inside today, the foundry appears much as it ever has. The spark of craftsmanship is everywhere, along with the clank of metal and groan of industry. Grassmayr bells ring out at St Catherine’s Monastery in the Egyptian Sinai and on Mount Tabor in Israel, Grassmayr explained, but it’s a far newer, three-ton tubular bell in Aarhus, Denmark – cast for the 2017 European Capital of Culture – that really makes its chief architect proud. “It chimes every time a new child is born in the city,” he said of the world’s largest organ-shaped bell. “I get goose pimples just thinking about it.”

This is the kind of romantic ambition that has made the foundry not only the pride of Austria, but of cathedrals, synagogues and shrines the world over. From the outside, you wouldn’t have any idea that the unassuming two-storey building turns out 300 bells a year. Neither would you realise the glockengiesserei, or bell maker, is Austria’s oldest family-run business, exporting bells to more than 100 countries on every continent and for eight religions. Yet while the time-honoured craft of bell casting has almost completely disappeared off the map, this Tyrolean town has determinedly hung on.

The Grassmayr family has been casting bells from bronze and copper since 1599 (Credit: dpa picture alliance/Alamy)

How Innsbruck sold bells to the world is contextual. With Germany only 38km to the north and Italy 40km to the south across the Brenner Pass, the lowest navigable route in the Alps, the city has long been a crucible of influences. Helping control the flow of mountain traffic, Innsbruck became a spiritual crossroads with artisans supplying trinkets and bells for pilgrims and traders passing en route to the great God-fearing cities of Cologne, Florence, Rome and beyond.

As history shows, Innsbruck’s forefathers had money to burn, too. A former seat of power for the Habsburg imperial dynasty, the city’s merchants built Rococo palaces, Baroque churches and houses with shimmering, copper-tiled roofs. And to go with their lavishly decorated chambers and towers, they demanded ornate carillons and clangers to ring from the roofs.

Bells are exported from Innsbruck to more than 100 countries for eight different religions (Credit: Mike MacEacheran)

To see the richest of these architectural delights, follow Herzog-Friedrich-Strasse to the Goldenes Dachl, or Golden Roof, built by Emperor Maximillian I in 1500 and decorated with 2,657 fire-gilded copper tiles. And when passing the Hofkirche church or Dom St Jakob cathedral, at the right time, you’ll hardly fail to notice the orchestra of metal in the air. Such ringing bells, like those at the Basilica Wilten, considered the most handsome Rococo church in Austria, have hymned the nobility for hundreds of years. And, today, nearly 200 in Innsbruck alone bear the Grassmayr hallmark, each one inscribed with trumpeting-tooting cherubs, double-headed eagles and Latin verities.

“This is not McDonald’s with bells,” Grassmayr said, looking out of the window towards the foundry’s ‘graveyard’, a landscaped garden where historic bells dating back as far as the 1450s are sent to retire. “We can do things that others just can’t do. And we’re really pushing the science.”

Consider the foundry’s latest: the record-breaking 25-ton bell cast for the Cathedral of National Redemption in Bucharest, Romania, a building that when completed next year will be the largest orthodox church in the world. Inside, its cavernous nave is to be hung with a bell so big and powerful it weighs the equivalent of four Tyrannosaurus rexes. It’s also pitched with an electronically-adjusted sound so clear it will be heard by more than one million people across the city’s south side on a still day. Now, that’s a game-changer.

The foundry cast a bell bound for Bucharest, Romania, that weighs the equivalent of four Tyrannosaurus rexes (Credit: Mike MacEacheran)

While it’s hard to imagine the resurgence of bell making in Europe, the craft is undergoing a revival elsewhere in the world. As recently as this past May, the doors permanently closed at London’s Whitechapel Bell Foundry, the world’s oldest, most storied bell maker. Having cast some of the most renowned bells in history, including Big Ben and the Liberty Bell, the symbol of American independence, the furnaces burned out for the first time since 1570.

“It’s sad, but I can understand it,” Grassmayr said, adding that his family recently bought the Whitechapel wood-burning stove at auction. “People told us 20 years ago it made no sense to expand. But we saw a future. And while business is going down in Europe, it’s growing worldwide. This year we’ve delivered 20 bells to the Philippines alone.”

What continues to excite the bell maker most, however, is how the instruments keep changing. For centuries, the bell has remained the primary symbol and expression of peace, its major tonality purposely sounding joyful and celebratory. Yet among its dominant strike notes is a minor third interval, which also brings a melancholic and funereal element. Likewise, when hit, some bells echo with more than 1,000 frequencies, while others reverberate with soundwaves so deep you can’t even hear them. By consistently pushing the boundaries, Grassmayr continues to drive this constant evolution.

As he turned to leave, Grassmayr shouted to his team of craftsmen that there was still time to start making plans for next week’s orders. It was a reminder that, despite the passing of time, Innsbruck will continue to send a message to all four corners of the world, to spread the good news by the ringing of bells for generations to come. Because, ultimately, that’s what bell-making is about.

Places That Changed the World is a BBC Travel series looking into how a destination has made a significant impact on the entire planet.

If you liked this story, sign up for the weekly bbc.com features newsletter called “If You Only Read 6 Things This Week”. A handpicked selection of stories from BBC Future, Earth, Culture, Capital and Travel, delivered to your inbox every Friday.

Post Views: 48
Previous post Blue Sky Teams Up With Minnesota-Based Artist on a Powerful Collection of Planners That Make a Difference | State 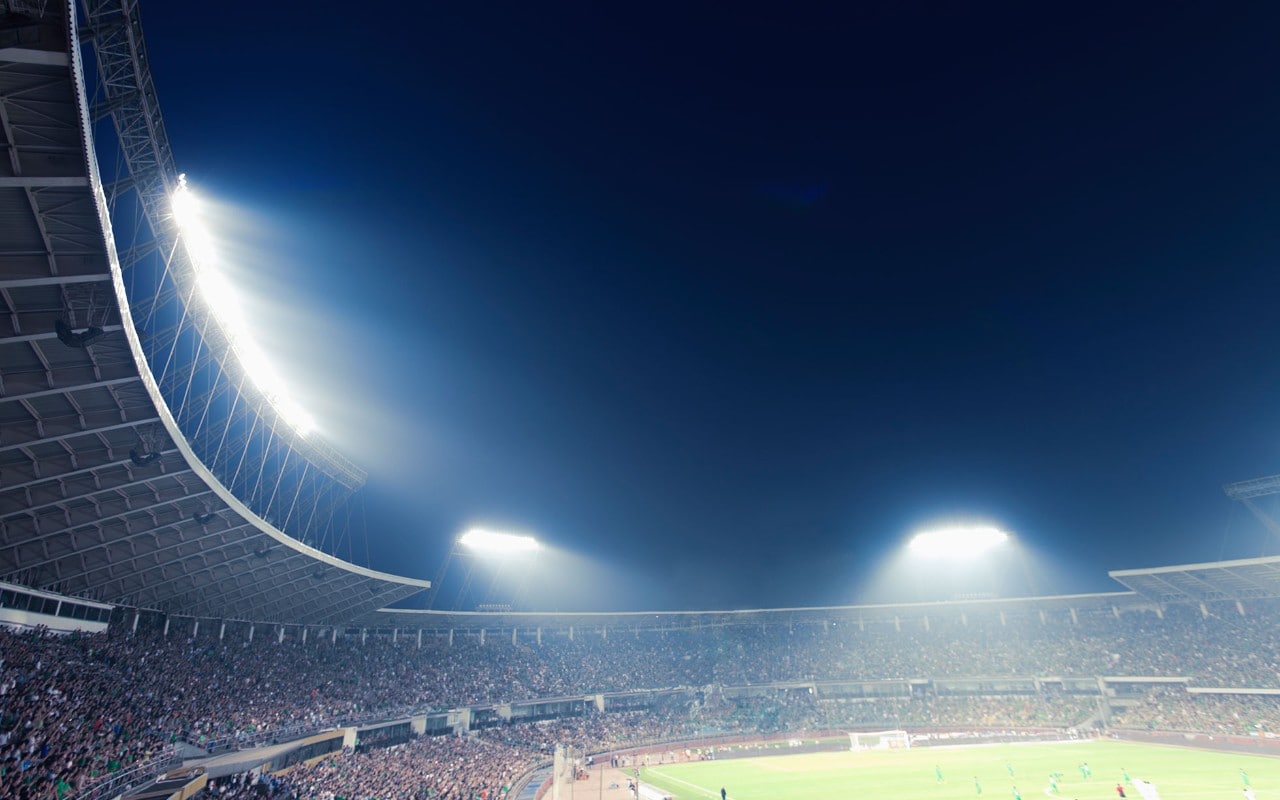 Next post Brazil the early favourites for Qatar
Close
Menu