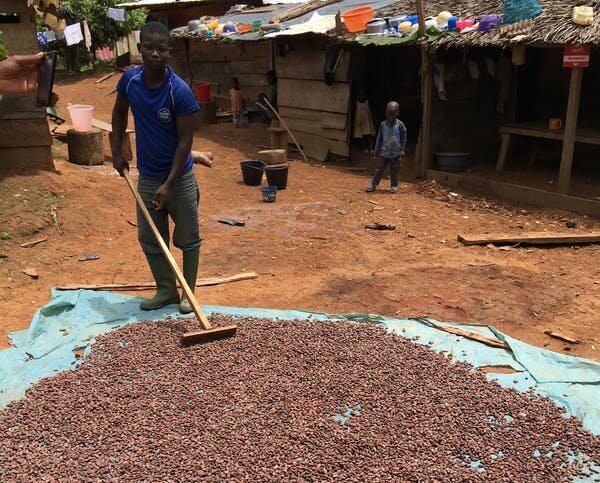 
Despite a significant uptick in corporate sustainability efforts in the cocoa sector, it is nearly impossible for most chocolate consumers to know the amount of tropical deforestation associated with their sweet luxury.

The cocoa bean is the fundamental and irreplaceable ingredient in chocolate. Cocoa beans come from trees that require specific climates and pollination systems. These conditions are found in and around tropical forest ecosystems.

As global demand for chocolate increases due to increasing awareness of the potential health benefits of dark chocolate and rising disposable incomes in emerging economies, cocoa farms are replacing the last remaining biodiversity hotspots.

Cocoa production is highly concentrated in a few countries in West Africa. Côte d’Ivoire and Ghana together produce around 62 percent of cocoa globally.

Despite recent media attention exposing illegal deforestation from cocoa farming in critically protected ecosystems, these countries recently experienced the world’s highest rates of increase in deforestation in the world.

In 2018, Ghana saw a 60 percent increase in forest loss compared to 2017, the largest annual increase in the world. Côte d’Ivoire was second at 26 percent. Deforestation has irreversible negative impacts on biodiversity, soil health and the adaptive capacity of ecosystems in the face of climate change.

With my team at the University of Victoria, my research project Follow the Bean: Tracing Zero Deforestation Cocoa identified three of the main challenges to halting the deforestation embedded in global cocoa supply chains.

The first challenge lies in the need to know the precise origins of cocoa beans in order to determine whether the farm where they were grown replaced primary forest. Tracing cocoa beans to the farm level is uniquely difficult in the West African cocoa sector because production is spread among millions of smallholder farms of roughly three to five hectares.

Cocoa is generally produced on small farms because it’s difficult to introduce machines to do the work. Cocoa trees require regular pruning and chemical treatments to combat pest and disease. In addition, the fruit that produces cocoa beans ripens intermittently, so farmers harvest by hand.

Nobody knows precisely how many cocoa farmers are operating in the West African region. Past estimates suggest two million farmers depend on cocoa in the region, which is likely underestimated considering a recent study found 1.5 million children working on cocoa farms.

Due to the complexities of local land tenure, farm boundaries are generally not publicly registered. The lack of a public map of smallholder cocoa farmers makes it difficult to know precisely where cocoa originates.

Some open-source maps are now tracing cocoa to the cooperative level. A major challenge moving forward will be to trace cocoa from farm to the first point of aggregation in the supply chain, also known as “first mile” traceability. This is important because not all cocoa goes through co-operatives.

The US$140 billion chocolate industry’s most recent response to the deforestation challenge has been the creation of sustainability programs for their direct supply chains. However, estimates suggest that at least half of the cocoa supply in Côte d’Ivoire is sourced indirectly.

Indirect sourcing means that cocoa is bought through local traders, many of whom operate informally with limited public oversight. Very little is known about these local traders, although they generally often have a bad reputation for taking advantage of vulnerable farmers in need of immediate cash.

Sustainability programs often aim to eliminate these intermediaries. However, given the prevalence of the indirect supply chain, this solution might result in significant unemployment and related socio-economic implications in areas where the rural economy depends entirely on cocoa production and trade.

Together with Janina Grabs, our collaborative research aims to explore whether and how traders, including informal traders, might help to roll out sustainability programs. Because traders are often the farmer’s only point of contact with the supply chain, their role in relaying information and providing incentives for improved production practices may prove critical.

Cocoa is one of the most consolidated sectors in the world, with three companies controlling 60 percent of the cocoa traded globally. These companies are not consumer-facing with known brands and for many people they might be “the largest company you’ve never heard of,” according to Ian Welsh from Innovation Forum.

This situation carries opportunities but also risks. On the one hand, companies are increasingly partnering with governments, think tanks and civil society organizations to meet sustainability targets. On the other hand, there is a growing tendency for the big players in the cocoa industry to abandon third-party sustainability standards such as Fair Trade, instead opting for designing and implementing their own sustainable sourcing programs.

In this situation, companies choose for themselves which information to disclose to their customers. Corporate sustainability reporting often portrays happy cocoa farmers who have benefited from their sustainability programs, but customers are not informed about the complexity of issues such as indirect sourcing.

Although there are artisan chocolatiers making small batches of bean-to-bar chocolate products, the vast majority of chocolate consumers will remain in the dark and unable to determine the impacts of their purchases until governments, industry and consumers demand more accountability.

For most conventional chocolate products, it remains impossible to trace cocoa origins to the extent required to determine deforestation. However, independent reviews such as the Chocolate Scorecard are making great strides in providing transparency to consumers interested in buying “ethical” chocolate.

Provided by
The Conversation


This article is republished from The Conversation under a Creative Commons license. Read the original article.

This document is subject to copyright. Apart from any fair dealing for the purpose of private study or research, no
part may be reproduced without the written permission. The content is provided for information purposes only. 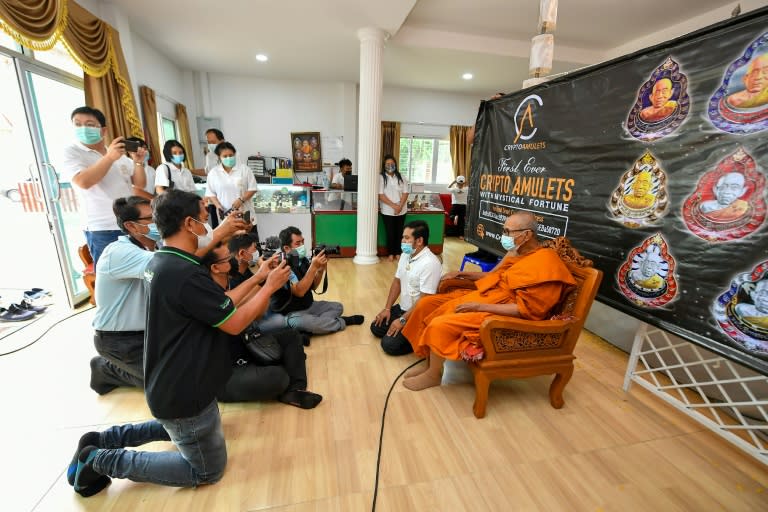