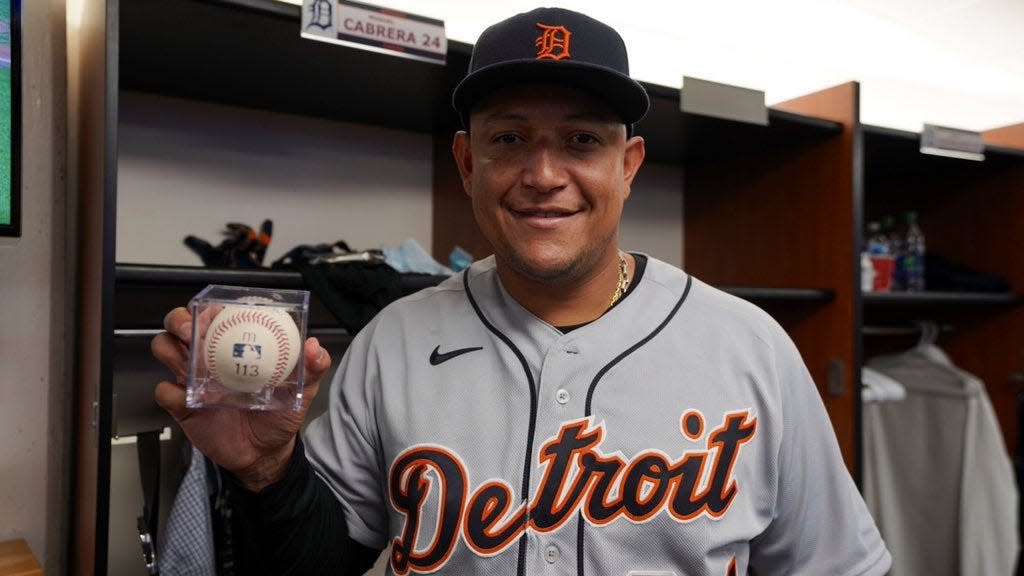 Tigers director of player relations and authentics Jordan Field has been preparing for the historic moment since Aug. 11 at Camden Yards in Baltimore. That’s when he watched Cabrera put No. 499 over the wall in left-center field.

“I have worked in baseball for nearly 20 years,” Field told the Free Press before Sunday’s game. “I had the privilege of serving on an All-Star Game host committee and being part of two American League Championship teams. Working behind the scenes on this milestone is the greatest honor of my career.”

Bullpen catcher Tim Remes retrieved the milestone baseball, which surpassed the wall and landed near the visiting batting cage. The ball has been authenticated by MLB and given to Cabrera. The 38-year-old said he appreciated Remes for taking care of it.

“I’m going to save it somewhere in my house,” Cabrera said. “I’m excited.”

Hours before Cabrera’s milestone in Toronto, Field sat in the dugout and explained to the Free Press how the Tigers and MLB were ready to authenticate the historic 500th home run baseball.

How does the authentication process work?

“For every major league game at Comerica Park, we have two authenticators working, one in each dugout. They come from a third-party company, organized by Major League Baseball. They all have law enforcement backgrounds. They treat game-used items like evidence for a trial. If they don’t see it, if it leaves their sight, they won’t authenticate it. Every game-used baseball that comes off the field gets rolled to one of our authenticators, and they put a hologram on it. Using the Statcast data, every hologram will tell you who pitched it, the type of pitch, the speed of the pitch, who hit it, the launch angle, the speed off the bat, the distance traveled and the result of play. The level of detail is phenomenal. Unless the ball is hit into the stands, home run or foul ball, we get it and capture the data. Each game I’ll get 45-95 balls, and we’ll go through each hologram and audit every single one.”

FIELDER SAYS CONGRATS: Prince Fielder on Miguel Cabrera’s 500 home runs: ‘One of the greatest of all time’

How does all of this play into the Cabrera’s chase for 500 home runs?

“As we approached the Cabrera home-run milestone and then as we approach the 3,000-hit milestone, we developed a game-day collection sheet that lists all the items from that game we want to have authenticated. For a milestone as significant as 500, it runs from the dirt in the right-handed batter’s box to his cleats, pants, belt, jersey, batting gloves, helmet, hat, every item. Miguel has an exclusive deal with Tigers Authentics, where we are the source for all his game-used merchandise. He and I both feel that while we can drive revenue with the sellers items, the priority here is giving the Baseball Hall of Fame what they want, letting Miguel keep what he wants in his personal collection and giving the Ilitch archives the items they want to have. What is left over can be sold. That’s how we’re approaching the milestones. The priority for us is securing the history.”

If you can’t authenticate a ball that leaves the sight of the authenticator, such as a home run into the stands, how are you going to authenticate Cabrera’s 500th home run?

“We’ve gone to great lengths with Major League Baseball, and we will be able to do it. Every ball that is pitched to Miguel after his 499th home run has been stenciled with a letter-number and has been covertly marked with a fluid that only MLB authenticators can see. It’s sort of like black-light fluid that we see under black light, but this is a unique type of fluid that only authenticators can view. When Miggy is announced and he’s batting, the ball boy comes out and replaces the balls with the umpire. When Miggy’s at-bat is done, he then takes the balls back and puts the regular balls back in play. The umpire and ball boy will know what ball — m-5, m-76, m-89 — that was hit in the stands. We’ll then retrieve that ball, identify the covert marking and put the hologram on it. For home run 501, it’ll be back to normal. If it’s in the stands, we can’t authenticate it.”

Is there anything else to know about the authentication process for this great milestone?

“I think of it as a security program. It’s a way to secure baseball history. That’s certainly how I approach it. I don’t have a law enforcement background, but I’m a recovering attorney, so I can appreciate why it’s a security program. For Tigers authentics, we donate a portion of all the proceeds to the Detroit Tigers Foundation, which I think is always notable. Our players like that, our fans like that. When they make a purchase, they know that a portion is going to a good cause. The important thing is to know that this baseball and the 3,000th hit, we’ll know with 100% certainty that we got the right one.”

Of the game-used items, what did Cabrera ask for? What should we expect to see in the Hall of Fame?

“Miguel wants the ball. Miguel’s priority is the ball. The Baseball Hall of Fame has requested the batting helmet. That’s all they’ve asked for. I suspect when the dust settles on the season, Miguel will also be happy to have maybe the bat, maybe the jersey. But he’s asked for the ball. One of the chief reasons I’ve been traveling is not just to make sure we authenticate everything on that list, but also to have a friendly conversation with a fan who is hopefully interested in sharing the history with the man that hit it. … My guess is that the bat or the jersey will go to our company archives. The items like his cleats and his batting gloves might be made available on action.”

Do you have a plan for retrieving the 500th home-run ball from a fan in the stands?

“My plan is to authenticate the ball no matter what. I think it’s important that the ball is authenticated, regardless of who keeps it. Beyond that, my plan is to offer the fan a really unique opportunity, which is to meet Miguel and present that ball to him and share that moment together. If they’re interested in autograph items or tickets, I’m certainly happy to make that trade with them.”

Is there anything you won’t agree to with a fan?

“Neither the Tigers nor Miguel plan to offer to purchase the baseball. I think that baseball tradition is that the ball belongs to the fan who catches it, but baseball fans understand the ball was hit by a player and it’s his career milestones. The true baseball fans would be happy to return it and have that moment together. The thrill of catching it but also the thrill of meeting him and presenting it to him overrides any other line of thought. We don’t plan to buy the ball. Miguel’s not trying to buy the ball. He’ll hit 501 eventually, 502 eventually. I would love for him one day to keep his last home-run ball. … I know that it’s important to Miguel, so I do worry about it. If I’m the one having the conversation, I don’t want to disappoint Miguel.”

What has this experience, traveling in anticipation of 500 home runs, been like for you?

“It’s been a great experience. I’ve had such a unique career with the Tigers organization. To be here to see this history unfold firsthand, it’s something I’ll never forget. I’m not used to being away from home. I’m not used to being away from my family. But the chance to see Miguel make baseball history is extraordinarily special to me. I take very seriously the responsibility of securing and safeguarding that history. I think that’s why Miguel has partnered with the Tigers for this exclusive game-used relationship. He knows that every item is getting a hologram. I don’t think he does it for his personal collection. I think he does it because he respects his stature in baseball, and he wants fans and collectors to have a piece of it. I think Miguel probably has No. 1 and he wants No. 500. Everything in between is for those who cheer and root for him.”

Evan Petzold is a sports reporter at the Detroit Free Press. Contact him at [email protected] or follow him on Twitter @EvanPetzold. Read more on the Detroit Tigers and sign up for our Tigers newsletter. 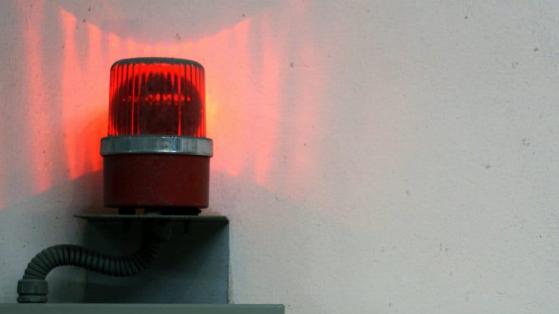