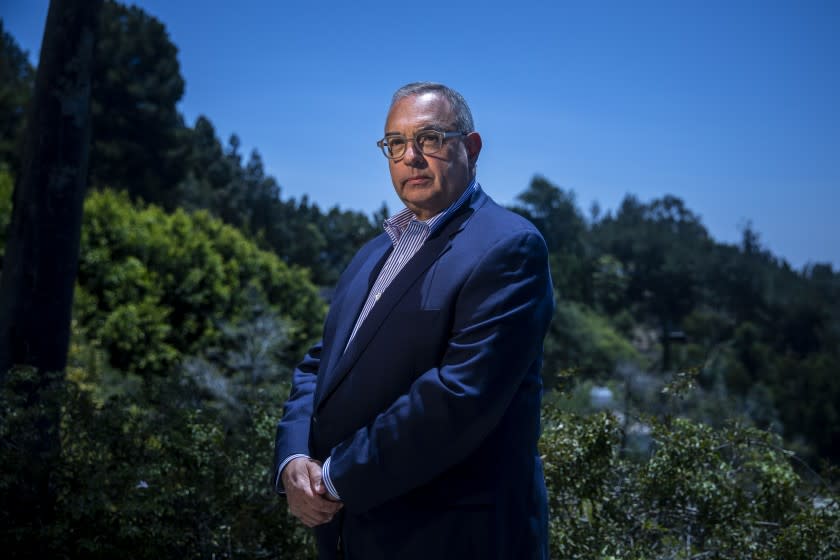 
Fred Milstein has been going to the Cannes Film Festival for decades to meet with existing and prospective clients. But like many of his film industry colleagues, he is skipping this year’s delayed gala and instead will track Saturday’s premiere of his latest project, “Flag Day,” from his home in Los Angeles.

Once the pandemic emerged, insurance companies began excluding COVID-19 from their policies. With those exclusions, banks were often unwilling to accept so-called completion guarantees or bonds that independent filmmakers rely on to get funding.

“The pandemic had a real immediate and profound effect on the independent business, which relies heavily on commercial banks and lenders for their production financing,” said Milstein, chief executive of Media Guarantors. “There’s been tremendous market dislocation.”

During the pandemic, Hollywood studios and streaming platforms found ways to keep the cameras rolling, filming overseas and developing safety protocols that were costly and slowed filming but limited virus outbreaks. But the loss of insurance coverage and a surge in production costs have created a heavy burden for indie filmmakers, many of whom are struggling to get back to business.

“The unavailability of production insurance has caused something of a logjam in the typical financing structures of independent films,” said Stuart Ford, CEO of AGC Studios, a film and television production and financing company.

Last year, 393 feature film projects that were scheduled to go into production in the U.S. went back into development, moved overseas or vanished altogether, according to the Independent Film & Television Alliance, the global trade group for independent distributors and producers.

“The independent industry is being heroic in their effort to get back to production, get back distribution, notwithstanding a number of hurdles that really have never been worse,” said Jean Prewitt, president of IFTA.

Milstein and his colleagues went from providing up to 65 completion guarantees in a year for films with budgets of $5 million to $70 million, to having about 20 movies in postproduction during the pandemic, including “Flag Day,” Milstein said.

Unlike deep-pocketed studios that have cash on hand to fund projects even if they run over budget, independent producers typically rely on bank loans charging a few percentage points of interest to fund their shoots.

Without access to inexpensive bank loans, producers have instead been forced to rely on more expensive sources of financing, eroding their profits.

“There was a lot of fear surrounding what the future would entail,” Fraser said. “We learned how to be really incredibly efficient. Everybody has to take cuts in order to make it work.”

“The market is the hardest I’ve ever seen in over 35 years,” said Hamilton, president of Front Row Insurance Brokers in Sherman Oaks.

Hamilton said some insurers make it harder to cover low-budget films with stunts and pyrotechnics, and it is seemingly more difficult to use the standard cast insurance coverage for older actors, which covers contingencies for sickness and death of cast and crew.

Insurers have faced heavy losses during the pandemic as COVID-related claims have mounted.

Losses have triggered litigation in Hollywood over insurance payouts. Last week, Fireman’s Fund Insurance Co. sued Walt Disney Co. because it does not want to pay out $10 million in claims for certain delays of film and TV productions caused by the COVID-19 pandemic. The L.A. production company behind the Ben Affleck heist thriller “Hypnotic” last September sued its insurance company for refusing to extend coverage without excluding losses linked to COVID-19.

The pandemic added to what had already become a tough market for indie producers, who operate on thin margins, as studios and theaters focused on releasing fewer but bigger-budget movies.

“I think it’s way harder now than it ever has been,” veteran producer Bill Mechanic said.

Mechanic had already moved his film, “The Divide,” about the building of the transcontinental railroad, from Canada to Australia, where rates of infection are lower and it is easier to get insurance and favorable film tax incentives.

“Trying to make it make financial sense for the people who are investing is not as easy as it was before,” Mechanic said.

It has been more than a year since production was shut down by the pandemic and strict rules around testing, masking and social distancing on film sets led to very few positive COVID-19 cases, according to the Alliance of Motion Picture and Television Producers.

That has allowed production in Los Angeles to return to pre-pandemic levels as insurers and financiers grow more confident about the risks of coronavirus outbreaks.

Milstein’s Media Guarantors, a unit of specialty insurer SpottedRisk, has started offering a completion bond that will also insure against any COVID-19 risks in a bid to jump-start indie productions again.

The bonds are double the cost of the pre-pandemic versions, but producers will be able to access cheaper borrowing costs from banks and the bond costs could drop over time if the pandemic recedes, Milstein said.

“Where initially we might have said ‘no COVID coverage, no financing,’ we found ways to make it happen,” said Jeff Colvin, senior vice president and group manager of Comerica Bank’s entertainment group. Comerica is financing a film using Media Guarantor’s new bond product.

In one case, Colvin said, producers themselves funded their film until the lead actor’s scenes finished filming; then the bank was happy to provide a loan to help wrap up the film. In other cases, the bank was comfortable with the risks if a key actor was vaccinated and if the project filmed in low-risk locations such as New Zealand.

Colvin said he believes the pace of financing for independent filmmakers will return to what it was before the pandemic, driven by strong demand for content from streamers.

“There’s a feeling that there is a light at the end of the tunnel people are moving forward,” said Brian O’Shea, CEO of L.A. film sales agency the Exchange, who traveled to Cannes this week. His said his company was able to profit from the pent-up demand for content because it has a film library, he said.

AGC Studios — whose backers include Latin American asset management company MediaNet Partners and film production company Image Nation Abu Dhabi — has been able to fund some of its films with cash, Ford said. One was the romantic comedy “Locked Down” featuring Anne Hathaway, which was filmed last fall and sold to HBO Max.

Other investors are providing options to filmmakers. For example, British film and television investors Great Point Media, which backed Steve McQueen’s Peabody Award-winning “Small Axe” series, has teamed up with insurance providers to cover COVID-19-related risks in up to $400 million worth of production.

Some of its smaller productions have been able to take advantage of a British-government-backed insurance program for the film industry. During the pandemic, Great Point said it financed 16 movies, some of which tapped the government program, down from 27 the year earlier.

In the U.S., IFTA and the Motion Picture Assn. have been lobbying for the U.S government to offer a federal program similar to Britain’s to cover the “COVID gap” in film production insurance.

Milstein hopes his new completion bond product will give relief to independent producers.

“My hope is that this can kick-start to unlock more traditional and conventional avenues of financing for independent producers, make that access easier,” Milstein said, “so they can spend more time on the creative and less time and energy knocking themselves out trying to piece the financing together.” 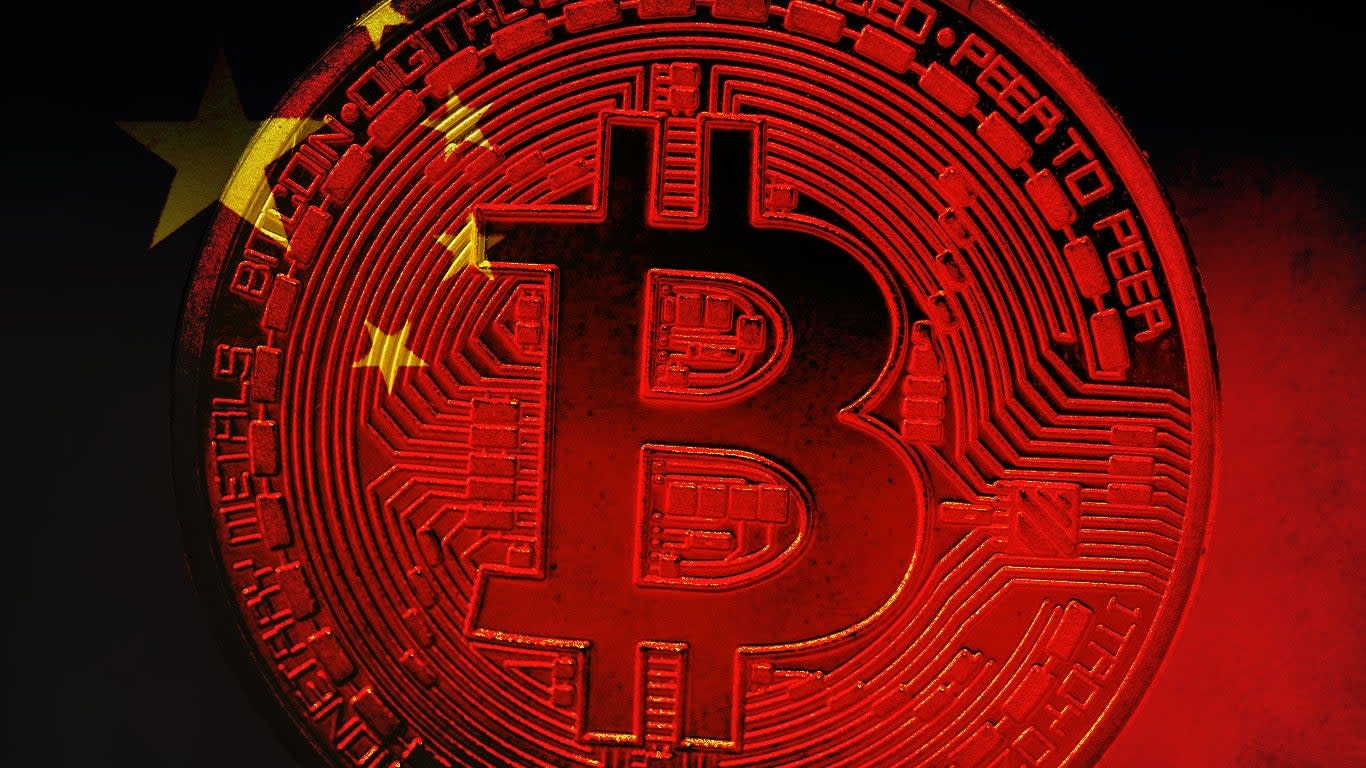 Previous post Advertising watchdog reveals plans for crackdown on misleading cryptocurrency ads
Next post Microsoft’s Windows security flaw is a big deal. Here’s what you can do about it | St. Louis News Headlines
Close
Menu