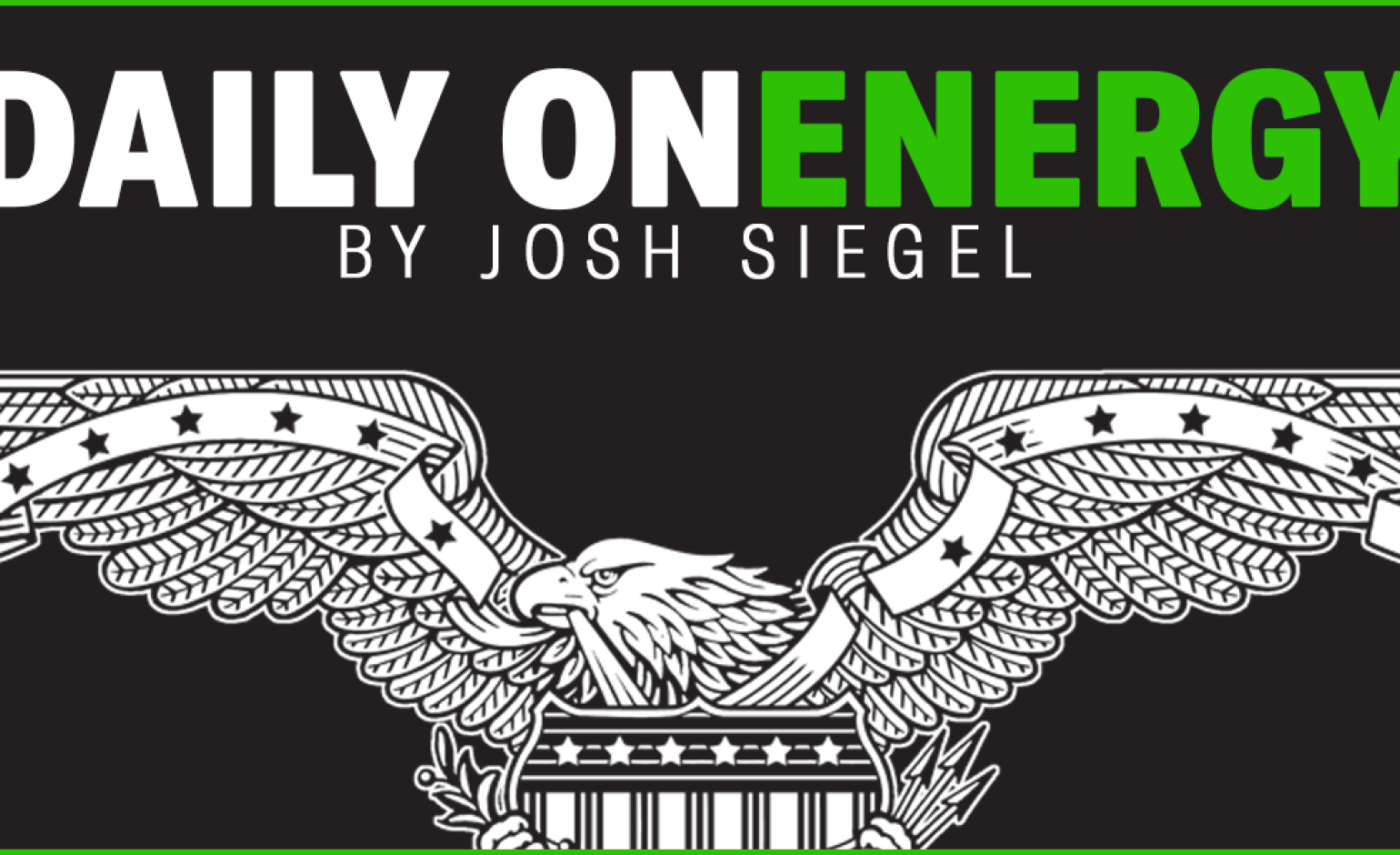 
Subscribe today to the Washington Examiner magazine and get Washington Briefing: politics and policy stories that will keep you up to date with what’s going on in Washington. SUBSCRIBE NOW: Just $1.00 an issue!

A PARTNERSHIP TO SWAY COMPANIES: The Environmental Defense Fund and one of the world’s largest global asset managers have formed a new partnership designed to push companies to address the risks posed by climate change and reduce emissions.

London-based LGIM, which manages $1.7 trillion in assets, has long used the leverage of its market power to encourage firms it invests in to improve their environmental performance, even divesting from companies such as U.S. oil and gas giant ExxonMobil that fall short of their goals.

Now, the American arm of LGIM is teaming up with the Environmental Defense Fund to press other large asset managers that are laggards to make climate change central to its investment strategy.

Asset managers direct the flow of trillions of dollars in the global economy, so their leadership is the “missing link” in solving climate change, said Ben Ratner, associate vice president of EDF’s corporate engagement division, EDF+Business.

“Asset managers have a huge opportunity to be a force for change on climate because they have both the incentive and the leverage,” Ratner told me. “But today, climate efforts by large asset managers have largely been scattershot.”

Some of the world’s better known and largest asset managers, such as BlackRock and Vanguard, have signed onto an initiative committing to reaching net-zero financed emissions by 2050.

BlackRock and Vanguard, the two largest investors in Exxon, led a stunning successful shareholder revolt in May, voting to install climate activist members to the oil giant’s board.

Ratner recognized that progress but said the actions of large asset managers have not matched their pledges.

LGIM has proved an exception: In 2018, LGIM launched its Climate Impact Pledge, in which it created a platform to evaluate companies in high-emitting sectors of the economy based on their environmental performance, engage with firms that fail to meet expectations, and vote for climate-aligned shareholder proposals.

LGIM has even dropped companies that do not meet climate standards, including most recently U.S. insurance giant AIG and Industrial and Commercial Bank of China.

It has also reinstated companies that it previously dropped, such as food giant Kroger, automaker Subaru, and oil major Occidental Petroleum, following improvements in the firms’ deforestation policies and climate risk disclosure.

Whereas most large investors have been hesitant to lobby for climate policies, LGIM has publicly supported the U.S. imposing direct regulation of methane, along with Texas cracking down on flaring, and the European Union setting standards to clean up the natural gas it imports.

By contrast, BlackRock, StateStreet, Vanguard, and Fidelity did not sign onto a letter in May calling on the Biden administration to take action to combat methane emissions.

John Hoeppner, head of U.S. stewardship and sustainable investments at LGIM, told me its strategy is to apply a “harmonization of pressure” on companies, governments, and regulators to address climate change, which he called a “business imperative.”

Read on to learn about what the partnership intends to do…

Welcome to Daily on Energy, written by Washington Examiner Energy and Environment Writer Josh Siegel (@SiegelScribe). Email [email protected] for tips, suggestions, calendar items, and anything else. If a friend sent this to you and you’d like to sign up, click here. If signing up doesn’t work, shoot us an email, and we’ll add you to our list.

MORE…THE GOALS OF THE PARTNERSHIP: LGIM and EDF plan to press business leaders to advocate for policies and regulations that reduce emissions, and to encourage companies to voluntarily step up efforts to limit methane leaks and flaring, electrify vehicles, and use cleaner electricity.

They will initially limit their lobbying efforts to the oil and gas and transportation sectors.

Ratner and Hoeppner said they also expect asset managers to support efforts by regulators to force public companies to disclose information about their exposure to climate-related risks.

Hoeppner noted some companies voluntarily report their emissions and the risks they face from climate change, but he said such disclosures are inconsistent and difficult to compare.

Better data can help LGIM move faster: Ratner and Hoeppner said another benefit of their partnership is enabling LGIM to be better informed about the emissions contributed by the companies it invests in.

EDF is known for its technological research to better detect methane leaks, which are invisible to the naked eye. EDF sharing accurate data would enable LGIM to better understand the methane performance of companies.

LGIM still has significant exposure to fossil fuels in its portfolio, Hoeppner said, as it balances accelerating climate-minded investing with fulfilling its fiduciary duties. But LGIM is hoping better data will help it move faster.

“We have to get the data right and build it into our platform,” Hoepnner said. “That directs capital allocation.”

SPEAKING OF EXXON…BIG OIL BACK IN THE MONEY: Exxon and fellow U.S. oil and gas major Chevron posted their highest profits this morning since the start of the pandemic, as fuel demand and oil prices have largely recovered.

Exxon reported $4.7 billion in second quarter profit, while rival Chevron reported $3.1 billion in quarterly profit. That’s a huge turnaround for both companies. Exxon posted a loss of $1.1 billion in the same three-month period last year, and Chevron lost $8.3 billion then.

But even as prices have climbed to their highest levels in two years, neither of the U.S. majors said they would boost capital spending as investors preach discipline after the companies delivered years of poor returns and the long-term picture for oil and gas demand is uncertain.

What about clean energy plans? This earnings season is the first since Exxon lost the aforementioned board fight to activist investor Engine No.1 that wants the oil giant to begin moving off fossil fuels.

On a call with the press, Exxon CEO Darren Woods acknowledged the company has received the message that it “needs to improve transparency and engagement with our shareholders, actively listening to and more explicitly addressing concerns.” He said Exxon has held one “very encouraging” board meeting since Engine No. 1 gained three seats.

Woods seemed reluctant, however, to push Exxon to shift more directly into clean energy beyond its current focus on carbon capture, hydrogen, and biofuels. He said Exxon’s proposal to set up a carbon capture hub in Houston — the first major endeavor of its Low Carbon Solutions business — “is getting industry and third party interest.”

But Woods said he doesn’t foresee “huge shifts in strategy,” although Exxon may deploy “additional emphasis” in certain areas as the company looks to expand its low carbon portfolio “strategically.”

He also stressed Exxon would continue to “advocate” for a carbon tax, after one of its senior lobbyists claimed in a bombshell sting video that the oil and gas giant’s support for a carbon tax is for show.

DOE has selected five industry partners to each receive about $300,000 of technical assistance to test new clean technologies. Recipients include Cleveland Cliffs, the largest flat-rolled steel company and iron ore pellet producer in North America, and Nissan and Toyota, to support their vehicle production plants.

BIDEN TALKS WITH GOVERNORS ON WILDFIRES: President Joe ​​Biden and Vice President Kamala Harris are meeting virtually this morning with governors to talk about wildfires raging across the West and how to strengthen prevention and mitigation efforts.

Governors in the confab include: Democrats Kate Brown of Oregon, Gavin Newsom of California, Jay Inslee of Washington, and Tim Walz of Minnesota, and Republicans Greg Gianforte of Montana, Mark Gordon of Wyoming, and Brad Little of Idaho.

The meeting comes as there are currently more than 80 large blazes happening in the West,

EPA’S TWO-STEP PROCESS TO REVISE WOTUS: The EPA this morning announced updates steps in its effort to expand the scope of waters covered by federal protections beyond the Trump administration definition.

EPA outlined a two-step process working with the U.S. Army Department to revise the definition of waters of the United States (or WOTUS), first by restoring the regulations in place before 2015, and then initiating a second rulemaking process that would establish an updated definition.

“We are committed to crafting an enduring definition of WOTUS by listening to all sides so that we can build on an inclusive foundation,” said EPA Administrator Michael Regan.

EPA and the Army plan to host a series of public meetings in August to discuss the rulemakings.

Which waters are covered by federal protections has been a point of regulatory tension for years, following the Obama administration’s WOTUS rule, which Republicans considered to be regulatory overreach.

The survey comes out as the Senate moves towards approving a bipartisan infrastructure bill that contains billions of dollars in funding in clean energy demonstration projects in order to scale up technologies like carbon capture, hydrogen, direct air capture, advanced nuclear, and storage.

10 a.m. 366 Dirksen. The Senate Energy and Natural Resources Committee will hold a hearing to consider the nominations of Geraldine Richmond to be DOE’s under secretary for science, Cynthia Weiner Stachelberg to be an assistant secretary of the Interior for policy, and Asmeret Berhe to be director of DOE’s Office of Science.

10 a.m. 366 Dirken. The Senate Energy and Natural Resources Committee will hold a hearing to examine the role of and programs within Department of Energy’s Office of Science. 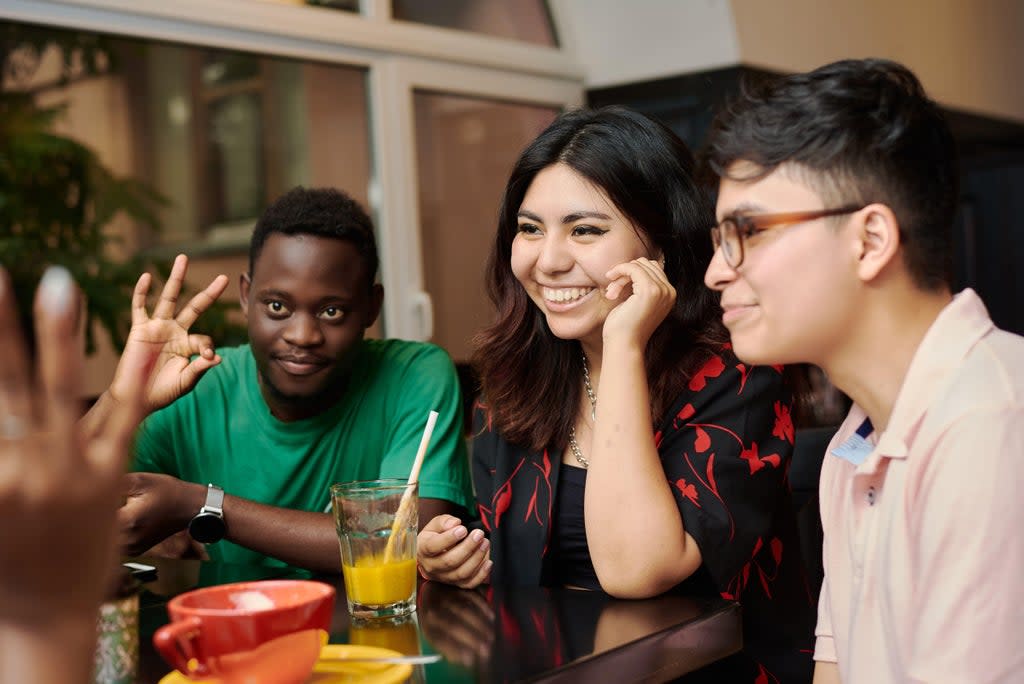 Previous post Feeling the pressure to over-spend? 5 tips for a financial reset