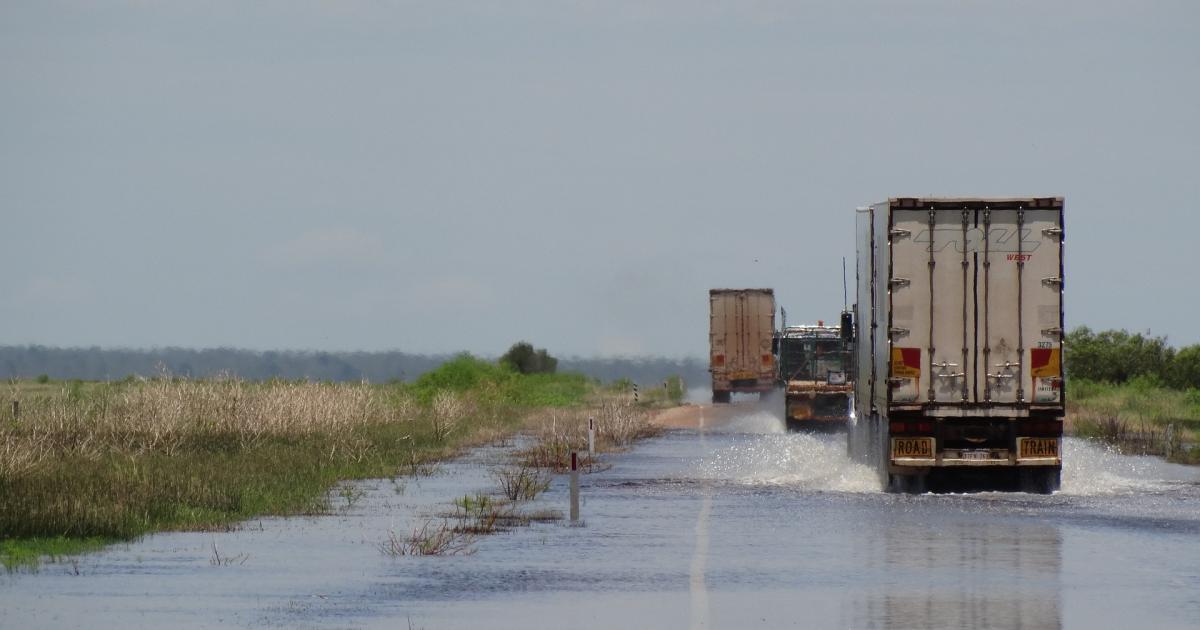 
The COVID-19 pandemic provided a glimpse into how supply chain disruptions can bring the world to its knees, but the global business community is facing another big threat — extreme weather.

Evan Quasney, global vice president of supply chain at Anaplan, says these major climate-fueled supply shocks can be mitigated using digital twin technology and other forecasting models. Anaplan is a software company that has developed these platforms to help hundreds of businesses around the world bridge the gap between their operational decision-making and looking at the financial impacts associated with those decisions — what Quansey calls “connected planning.”

“The impact [of extreme weather] on business is occurring faster and at a higher frequency than I think people are expecting,” Quasney told FreightWaves.

One example is the late June heatwave in the Northwest, which broke all-time record highs in some cities. Temperatures exceeded 100 degrees each day for about a week, reaching as high as 116 degrees in Portland, Oregon. This was followed by more short-term triple-digit heat waves in the following weeks.

Monsoonal thunderstorms have produced repeated flooding in parts of the Southwest all summer.

The western U.S. is in a long-term drought, with large wildfires burning down small towns, forcing evacuations, and subsequent road closures. Quasney said this produces second-order effects. Companies may have second thoughts about building plants in drought-stricken parts of California if Pacific Gas and Electric Co. might reduce electricity usage during high winds to limit the risk of sparking a fire, impacting production.

“That type of pace of change is significantly introducing a new set of risk elements to how supply chain planners and supply chain leaders are thinking about their businesses,” Quasney added.

One of many ramps and roads closed during a snow and ice storm in Houston, Texas, in February 2021. (Photo: Jim Allen/FreightWaves)

He believes many business leaders are asking themselves how to effectively plan for and respond to extreme weather events. His clients understand the role of supply chains has always been critical, but they’re beginning to see that it’s been elevated significantly to have far more purview and influence than in the past.

Quasey said in a lot of cases operational leaders who were traditionally focused on the internals of running their businesses are now being asked to think much more broadly about what they’re doing. They’re also being forced to think farther down the road.

“Extreme weather is most likely being driven by climate change, according to many scientists. If we believe this is the case, that’s a long-term trend that will introduce more and more risk to businesses,” Quasney explained.

He added that business leaders need to figure out how to reduce extreme weather risks through better network strategy and capacity planning. These are the types of challenges business leaders are asking of their supply chain leaders, and from a planning standpoint this is what they’re trying to address.

Another example of a major supply chain hit was a result of droughts in Taiwan that began last year. At the Baoshan No. 2 Reservoir in Hsinchu County, one of the primary water sources for Taiwan’s $100 billion semiconductor industry, the water level was at its lowest on record in April — only 7% full, according to a BBC report.

Many of the products people use are powered by semiconductors (computer chips) made by Taiwanese companies. Anout 90% of the most advanced microchips are manufactured in Taiwan and are used in almost everything from mobile phones to cars.

It requires a lot of water to clean the wafers that go into semiconductors, as well as cool the manufacturing plants. The government reduced water allocation in order to conserve, making it difficult for companies to keep up with demand.

Quasney said organizations asked themselves questions like, “Should we have looked more seriously at not having all of our semiconductor chips come from this one part of the world?” and “Where were those risks before?” They started to take a much longer view than before.

A freak Texas cold snap in February shut down production at top chip makers, and a March fire at a major Japanese microchip supplier also added to the semiconductor shortage. This left auto manufacturers like Ford, General Motors, Volkswagen, Daimler, BMW and Renault slowing or even stopping production as they scrambled to secure enough chips to build vehicles. The demand for cars increased during the COVID-19 pandemic.

Out of service fuel station after Hurricane Laura slammed into the U.S. Gulf Coast in August 2020. (Photo: Jim Allen/FreightWaves)

However, Toyota has so far been largely unscathed by the global shortage of semiconductors. The company learned a lesson after the 2011 Fukushima catastrophe severed its supply chains.

The world’s biggest automaker realized the lead time for semiconductors was way too long to cope with devastating shocks such as natural disasters. That’s why Toyota came up with a business continuity plan that required suppliers to stockpile anywhere from two to six months’ worth of chips for the Japanese carmaker, depending on the time it takes from order to delivery.

It’s this kind of “Nth level” planning, as Quasney put it, that supply chain leaders will be asked to do, understanding where every single thing comes from. He believes this will lead to a shift in what companies look to control in-house versus what they start to outsource.

“Volatile demand introduces a lot of financial risk. Cash is not unlimited. Companies have to make really smart bets, saying this is a lot more variable than it was in the past,” Quasney said.

“How much do I build? How much do I need? What does that do to the cascading ripples across my entire network? I think that’s what we’re seeing happen now is that it’s the interconnectivity across the board that’s really creating this focus, and now climate risk is hitting all the parts of that network at the same time.”

Quasney sees many of his clients caring a lot more about the impact of extreme weather across their networks, trying to become as de-risk as possible.

“It typically starts around cost and volume, turning to that capacity challenge of how much they can provide in the short term,” Quasney explained. “But what we’re also seeing now is a lot of companies, particularly ones with very complex supply chains, saying, ‘Can you tell me what the next four to five years look like?'”

What are truckers’ favorite weather apps?

Image by Laszlo Bartucz from Pixabay