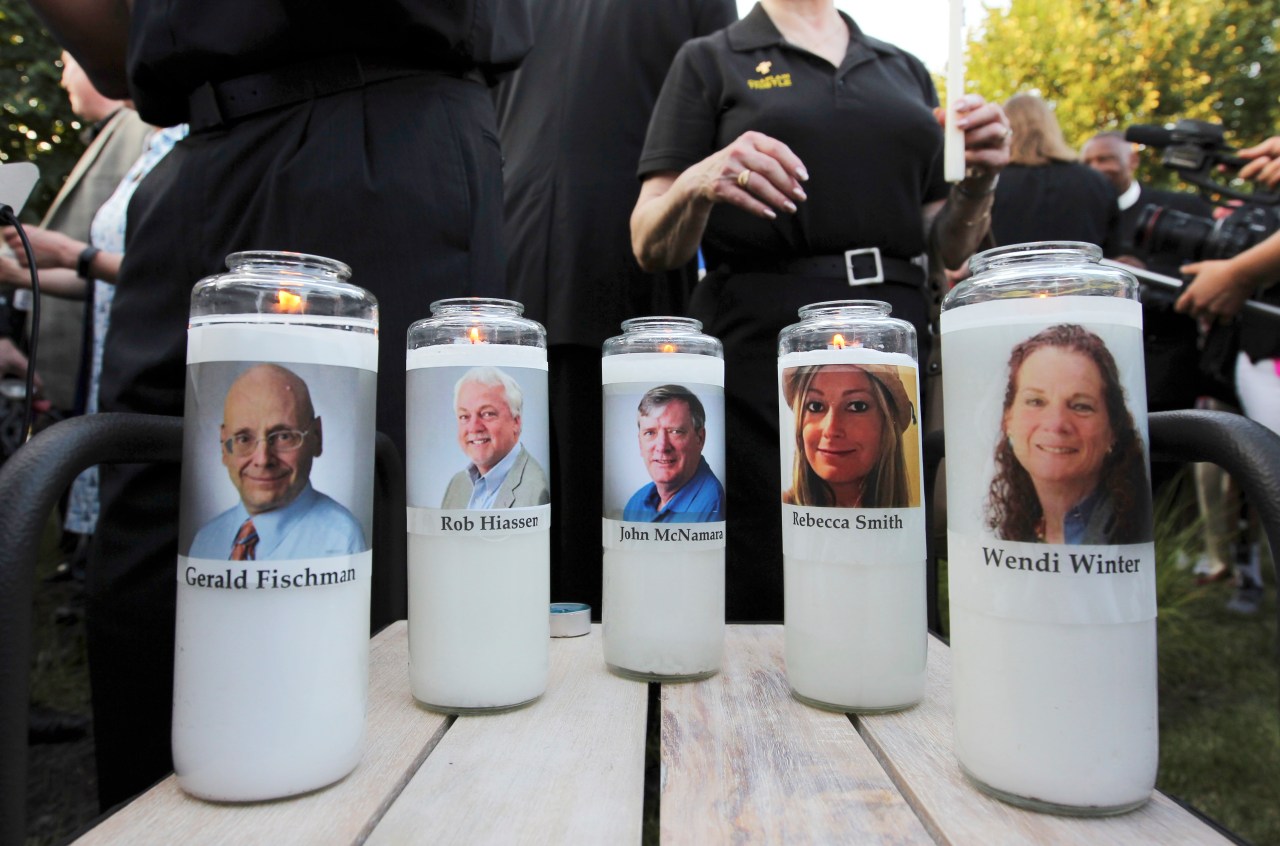 
ANNAPOLIS, Md. (AP) — The man who killed five people at a Maryland newspaper showed no remorse and expressed pride in what he’d done, a state forensic psychiatrist who evaluated him and found him legally sane testified on Tuesday.

At a trial to determine whether Jarrod Ramos is not criminally responsible due to mental illness, Dr. Sameer Patel testified how Ramos recounted to him how he thought his rampage was over after killing four people, until he found another victim hiding under a desk while Ramos searched for a computer to send a tweet. Ramos even ran back and got his shotgun, which he had thrown aside, Patel said.

“He was proud of what he’d done. He took pleasure in doing that,” Patel told jurors as Ramos sat in the courtroom.

When asked by prosecutor Anne Colt Leitess whether Ramos expressed any remorse during the interview, Patel answered “not at all.”

Patel also said Ramos was disappointed to learn two people had escaped from the newsroom whom he specifically wanted to kill. Ramos also told the doctor he had hoped candidates who had just run in a primary might be present, including Leitess, Patel said.

Patel said while he diagnosed Ramos with narcissism and schizotypal personality disorder, he did not find serious mental illness.

Dr. Gregory Saathoff, a forensic psychiatrist who also was called as a witness for prosecutors, told the jury earlier Tuesday he believed Ramos understood the criminality of his actions. Saathoff cited written statements Ramos made “relating to his intent to cripple the Capital Gazette as he felt he had been crippled” by a 2011 article the newspaper published about him.

Saathoff said Ramos had a longstanding grievance against the paper, meticulously planned for the 2018 attack and hoped to establish a personal legacy through the mass shooting.

“My opinion is that Mr. Ramos is criminally responsible for the events of June 28, 2018,” said Saathoff, a University of Virginia professor who also is a psychiatric consultant for the FBI.

Ramos pleaded guilty but not criminally responsible to all 23 counts against him in 2019.

The defense, which went first in presenting its case, has the burden of proof by a preponderance of the evidence. That means defense attorneys are trying to show that it’s more likely than not that Ramos isn’t criminally responsible.

Defense attorneys argue that Ramos suffered from a paranoid delusion in which the Capital Gazette and the courts conspired against his efforts to sue the newspaper after the publication of a 2011 article about him pleading guilty to a misdemeanor harassment charge. His 2012 lawsuit, which alleged that the paper defamed him, was dismissed as groundless. His appeals failed.

Saathoff testified about letters Ramos sent on the day of the shooting that claim credit for the attack and articulate a motive. In one of them, written to Judge Charles Moylan who had rejected his last appeal, Ramos wrote: “welcome Mr. Moylan to your unexpected legacy. YOU should have died.”

“It is written and sent on the day of the incident such that it would not arrive through regular mail for a number of days,” Saathoff said. “The significance of this to me is that it demonstrated an appreciation of the criminality of the conduct in that it was sent at a time that would not have alerted Judge Moylan or anyone else.”

Matthew Connell, one of Ramos’ lawyers, noted during cross-examination that the letter from Ramos mentions Moylan’s legacy, not his own. Saathoff, however, cited previous statements by Ramos’ sister that it was an interest of his that dated back a number of years.

Saathoff also testified about a trip Ramos made to the newsroom in February 2017, going inside for reconnaissance. Saathoff said Patel’s report says Ramos decided he should not buy a shotgun for the attack until he had done the reconnaissance, in case he ended up getting arrested for trespassing.

Saathoff said that fact illustrated Ramos’ ability to appreciate the criminality of a future event and his ability to conform his conduct to the requirements of the law.

Under cross-examination, Saathoff testified that unlike other psychiatrists in the case, he did not personally interview Ramos. Saathoff requested an interview, but the court did not grant it.

However, Saathoff has testified he interviewed about 30 staff members at the detention center where Ramos has been held.

The trial, reaching its tenth day Tuesday, has largely been a battle between mental health experts. Closing arguments could come Thursday.