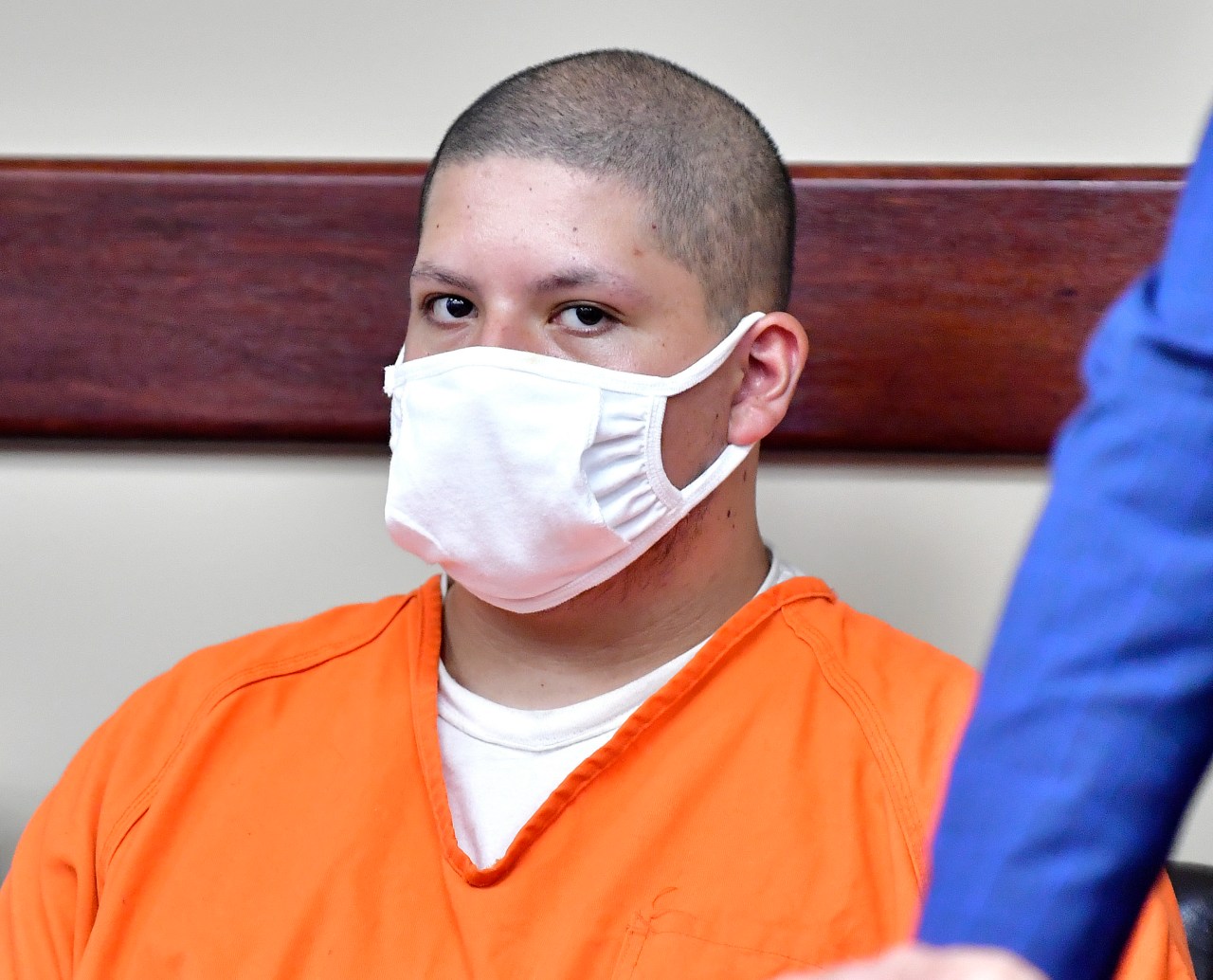 BANNING, Calif. (AP) — A man charged with fatally shooting two people at a Southern California movie theater is blaming voices in his head that he said had tormented him for months, a newspaper reported Wednesday.

“The voices said my friends and family were going to be killed,” Joseph Jimenez, 20, said Wednesday in a interview at a Riverside County jail in Banning where he is being held, the Riverside Press-Enterprise reported.

He did not explain how killing people would save his loved ones.

Jimenez also gave a blow-by-blow description of the shooting but offered his condolences to the families of the victims, saying: “I wish I didn’t do it.”

Rylee Goodrich, 18, and Anthony Barajas, 19, were shot in the head while watching a movie at a nearly empty Corona, California, theater July 26. They were found by an employee after the last showing of the night.

Goodrich died at the scene. Barajas was taken to a nearby hospital, where he was placed on life support but died last week.

Barajas, known online as itsanthonymichael, had nearly a million followers on TikTok and more on other platforms.

However, police have said the suspect acted alone, and there’s no indication he knew the victims or that Barajas’ role as a TikTok influencer played a role in the crime.

Jimenez said that voices had haunted him for eight months, sometimes threatening to steal his car and television.

Jimenez said he was diagnosed with schizophrenia about eight months ago but recently had stopped taking his prescribed medication.

“I ran out and didn’t get it refilled,” Jimenez said.

Jimenez had gone to the theater with three friends, who told investigators they were alarmed and snuck out of the theater because they believed he had brought a gun into the cinema and was acting strangely, the Orange County Register reported in a story Monday. They didn’t warn anyone.

That left only Jimenez and the two victims.

Jimenez said the voices were so overwhelming the night of the shooting that he couldn’t concentrate on the movie, “The Forever Purge,” a violent thriller. But he added that the theme of the movie didn’t influence his actions.

He brought a gun from his car into the theater and shot the teenagers.

Jimenez was arrested the following day.