AUGUSTA, Ga. (AP) — As happened to many whose jobs involved a lot of travel, Kenneth L. Johnson Jr. of Augusta went from criss-crossing Georgia most weeks for his state government job to staying home during the pandemic. It gave the career educator time to reassess his skills and wonder if he might be able to use them in a different way for himself and his family.

“That’s when the lightbulb kind of went off for me,” said Johnson, co-director of the statewide Governor’s School Leadership Academy in the Office of Student Achievement.

He and his newborn company are part of the first class in the Clubhou.se’s Make Startups program, which is helping participants learn the ropes of entrepreneurship and establish their new companies. The program is funded by a $250,000 Partnership for Inclusive Innovation grant from Lt. Gov. Geoff Duncan and is part of his public-private initiative to support small business.

The Clubhou.se, a business and technology incubator in the Georgia Cyber Center, is actually leading the effort that includes other incubators in Georgia: Creative Coast in Savannah, Zane Access in Atlanta, Spark Macon and Startup Columbus.

Johnson wasn’t alone in reassessing what he wants to do with his career. Nearly 4 million people quit their jobs in June, a 46% increase over the 2.64 million who quit jobs in June 2020, according to the U.S. Bureau of Labor Statistics. That rate is highest in the South, which had a 48% increase over the previous year and has more resignations and a higher rate than other areas of the country, the agency noted.

It makes sense that some of these workers would want to start their own businesses and might be interested in the next class for entrepreneurs this Fall, said Grace Belangia, executive director and cofounder of the Clubhou.se.

“Statistically, people are changing a lot of things about their lives and one of them is, if they are stuck in a job that is unfulfilling, and they have always wanted to work for themselves, and they have the talent and the grit and a little bit of luck, we provide the foundation to take that risk,” she said. “If you want to try something new and you can, I can see how those statistics would play well into our program.”

The level of inquiries is about the same as any other year at the University of Georgia Small Business Development Center in Augusta, where people often turn seeking help to put together a business plan or financial projections, said Area Director Rick McMurtrey. What might be different this year than last is it is “easier to make projections” than when a lot of businesses were closed and people were staying home, he said.

What got Johnson moving was that time to reflect and to think how often in education he and others train to fill a position rather than thinking about the skills they were acquiring or using in that job, he said. But he saw he was always “able to connect with a person regardless of who they are, where they come from, what they look like,” Johnson said. And he was good at distilling information and content to manageable, easier to understand forms.

From that came Nalejbank.com, an idea that started with appealing to parents and branched out to businesses. Johnson sees it as a way for parents to help educate their children through incentivized learning by assigning particular books or modules and providing rewards when the children complete them. But for businesses, it is a way to create assessments for employees. For instance, a business may want to ensure someone understands a particular training or a policy but doesn’t have someone in-house who could put together a module and test, Johnson said.

“This particular solution adds a layer of due diligence on the part of the business to take an additional step to make sure that their people actually know what it is they are supposed to do,” he said. “What we’re finding is this is really turning into a risk management solution for our business partners and our government partners. It’s an interesting pivot we didn’t see when we first started but we’re noticing a market for this particular service.”

Going into the Make Startups program helped force Johnson to take some of his ideas and plans and put them into concrete action.

“The supreme value for me as an entrepreneur was the accountability of being able to show someone what my progress was outside of just what I was thinking,” he said. “There was good pressure from week to week for me to turn my thoughts into some type of action that would then be manifested in something,” like a business plan or now an app for the business.

Having created other startup programs over the years, that has been a consistent lesson the Clubhou.se has learned, Belangia said.

“One of the things we have found time and time again is our programs provide the discipline and the boundaries in which somebody can take their idea and say, ‘Okay, I’m ready to go to the next level,’ ” she said. “So it is intended for startups, intended for people who want to be their own bosses, who want to create generational wealth for themselves and their families. The idea that we provide a curriculum, and an office space, as well as mentors, is the formula for success. That’s what makes our program unique.”

In addition to the 12-week curriculum that Johnson and others just finished, there is six months of mentoring and nine months of membership in the Clubhou.se, Belangia said. That is important as a potential conduit to early capital, she said.

“We’re actively pursuing no-interest financing for entrepreneurs who complete our certification program,” Belangia said. In addition, the group can point startups to low-interest loans or grants that can help them with much-needed capital, she said.

“There’s a wide landscape of access to capital that all of our members get access to once they’ve completed our program at the Clubhou.se,” Belangia said.

The program includes economically and historically disadvantaged entrepreneurs and that is important, particularly now, she said.

“Especially in the last two years what we’ve seen so much, like the rest of the country, is communities that have been left behind economically,” Belangia said. The program works with entrepreneurs, particularly in areas they may not know much about, so that they and their ideas can be presented as well-rounded to potential funders “to level the playing field” for them, she said. It’s one way entrepreneurs give back to the community and to the economy overall, Belangia said.

“Entrepreneurship is important to the bigger ecosystem,” she said.

The Make Startups program of the Clubhou.se in Augusta is taking applications from people interested in joining its program this fall. It is a 12-week curriculum that meets in the evening twice a week and it includes six months of mentoring and a nine month membership in the Clubhou.se. The program has scholarships for veterans and the spouses of veterans, as well as access to Workforce Innovation Opportunity Act funding for those that qualify. For more information, go to: https://www.makestartups.com/

If you are interested in Kenneth L. Johnson Jr.’s company, go to: http://nalejbank.com/

Post Views: 34
Previous post From the farm to the corner office: Benzie hires first woman to lead the county | News 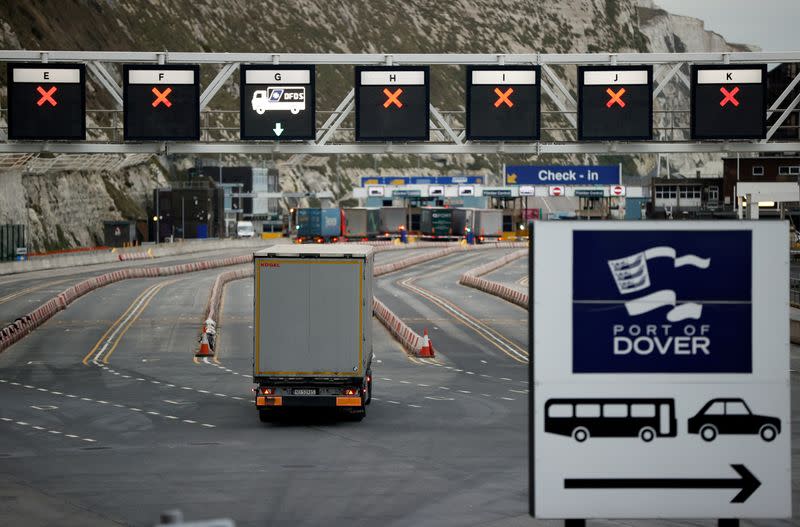