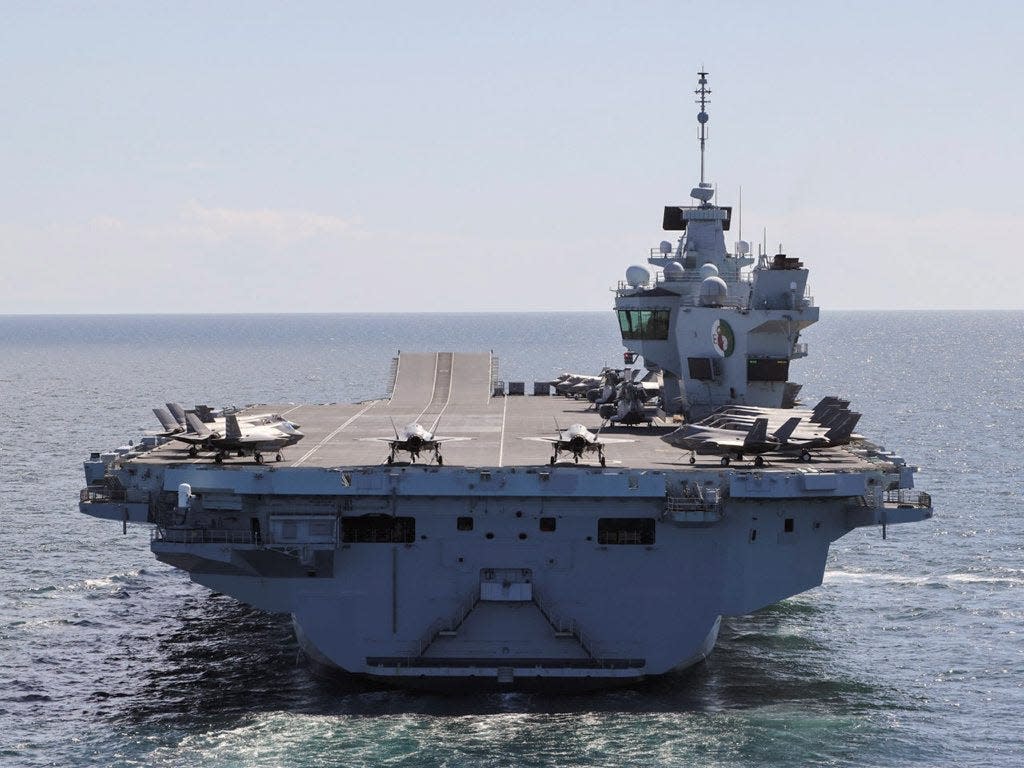 
The UK’s flagship aircraft carrier, HMS Queen Elizabeth, is experiencing an outbreak of COVID-19 with at least 100 cases of the disease, according to a report Wednesday from the BBC.

The ship is currently about a quarter of the way through a 28-week world tour leading the Carrier Strike Group (CSG), according to the report. Several other ships in the fleet have also been impacted by the outbreak, according to the BBC.

The outbreak is being managed and everyone aboard the ship has received two doses of a COVID-19 vaccine, UK Defense Secretary Ben Wallace told the BBC.

“As part of routine testing, a small number of crew from the Carrier Strike Group have tested positive for COVID-19,” a spokesperson for the Royal Navy told the outlet.

“The Carrier Strike Group will continue to deliver their operational tasks and there are no effects on the deployment.”

The ship is currently in the Indian Ocean and will travel to Japan later this year, according to the BBC report.